The announcement, made on Thursday, comes roughly three months after its campus, like others around Rhode Island and southeastern Massachusetts, was forced to close due to the COVID-19 pandemic. The school has since been holding courses online.

Salve President Kelli J. Armstrong said in an email to the campus community that fall semester classes will commence on Sept. 8. First-year students will be allowed to move in Sept. 1-2 and the remaining returning students will arrive on campus over the next five days, Armstrong said.

Residence halls and housing plans will emphasize “dedensification of rooms” and safer use of both bathrooms and common spaces, Armstrong said. Salve will create quarantine spaces, if needed. Dining halls will have reengineered food stations, scheduled dining and pre-packaged meals offered to students, as well.

Armstrong said classrooms and laboratories at Salve will be reconfigured to accommodate social distancing and will utilize technology to allow “bi-modal teaching.”

Office spaces and other work environments will have protective barriers and other social-distancing measures, where needed. There will also be enhanced cleaning measures and multiple hand sanitizer centers set up throughout the campus, Armstrong said.

The university will also have a testing plan in place, and will monitor the campus population for signs of the virus.

Other colleges in Rhode Island, such as Roger Williams University, Bryant University, Johnson & Wales University and the Rhode Island School of Design recently announced similar reopening plans, however, their plans also include a transition to full online learning from Thanksgiving through early December.

Salve spokesman Matthias Boxler said Thursday students will be on campus and attend certain classes in person and other classes remotely based on the style of the lecture and size of the class. He also said faculty will have “full flexibility” on what teaching mode – in-class, fully online or a hybrid model – that works best for them.

Boxler said Salve is not announcing at this time any plan as to how to end the fall semester. He said it will be determined in October, “[should] concerns about a second wave of the virus merit such an action.”

Armstrong said Salve’s plan was recently submitted to the R.I. Department of Health and the university is awaiting feedback. The university plans to publicly announce its final plan next month.

“Although there is uncertainty in the world, I am confident in the resilience of Salve Regina,” Armstrong said. “We will have some adjustments to our usual practices in order to keep our community safe, but the essence of this special community remains unchanged.”

This story has been updated to include comment from Salve Regina spokeman Matthias Boxler. 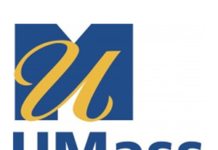 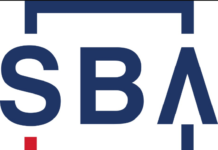 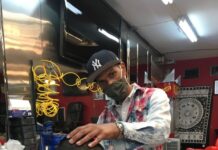