PROVIDENCE – The Senior Agenda Coalition of Rhode Island, an organization advocating on behalf of the state’s senior population, has hired Bernard J. Beaudreau as its new executive director.

Beaudreau will replace William Flynn and will start on March 1.

“What I hope to accomplish is to carry on the great organizing work that Bill Flynn has achieved over the past 13 years,” said Beaudreau. “Through his and SAC’s efforts, many older Rhode Islanders have had a successful forum to advocate for improving a system of support for aging in the community, as well as improving long-term care options. I hope to build our membership base to grow our movement for greater impact.”

Beaudreau served as executive director of the Rhode Island Community Food Bank from 1995 to 2006, then worked for Serve Rhode Island and the Connecticut Food Bank.

In 2019, Beaudreau partnered with Rosie Connors to form The Consultants for Good, a Rhode Island consulting service for nonprofits and educational institutions.

Flynn, who plans to remain in the senior care field as a volunteer organizer, said Beaudreau has been involved with SAC’s efforts as a consultant regarding the development of the organization’s strategic plans.

Jack Reinholt, SAC’s board chairman, said Flynn “has more than ably served SAC as executive director over 13 years in the position. Bill is widely known as the community organizer in Rhode Island on senior matters. We welcome Bernie and wish Bill all the best as he steps down.”

SAC is currently focusing on the state’s labor shortage in senior care, as it pushes state and industry leaders to improve wages, hours and workplace conditions for workers.

Flynn said Rhode Island is facing a crisis in an “age wave” that could cripple its long-term care system, if wages are not increased to entice workers to staff nursing homes and home care programs. SAC is urging state leadership to use some of the $1.1 billion in American Rescue Plan Act funds to increase workers’ salaries to $15 per hour for the 2022 fiscal year, and bump it to $16 per hour in the fiscal 2023 budget.

The organization also backed legislation that was put forward by the Service Employees International Union, mandating a higher average number of hours of direct care for the state’s nursing home residents, as well as meeting adequate staffing levels. 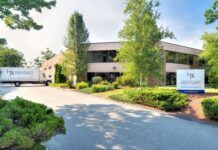 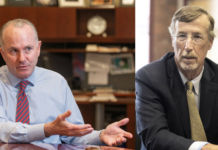 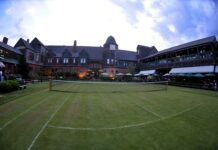 No new inductees into International Tennis Hall of Fame for 2022