Cranston Widow Awarded 30-Years of Past Due Benefits

Providence, RI – The United States First Circuit Court of Appeals recently awarded 30 years of retroactive Social Security disability benefits to Rhode Island widow Cecelia Frusher. The decision marks the end of a legal battle that spanned more than three decades for the Frusher family who was represented by the law firm of Marasco & Nesselbush.

In 1974 Dr. Richard Frusher, a veteran of the 101st Airborne Division, began to experience symptoms of severe mental illness. In less than a year, Dr. Frusher was fully decompensated and ultimately diagnosed with schizophrenia. In 1975, he applied for Social Security Disability Insurance (SSDI) benefits and was denied.
In 1978, with Dr. Frusher’s condition worsening, his family reapplied for benefits. Again, the Social Security Administration (SSA) found the claimant “not disabled” and denied the claim. Baffled and disheartened by the ruling the family gave up the case and did not appeal.

Twenty-five years later, showing no signs of improvement, Mrs. Frusher applied for Early Retirement benefits for her husband when he turned 62. Once again, she inquired about disability benefits and filed yet another application. Citing the expiration of Dr. Frusher’s “date last insured,” SSA determined he was no longer eligible for SSDI but allowed him to apply for Supplemental Security Income (SSI).

At the hearing, an independent medical expert testified that, in fact, Dr. Frusher was disabled since 1975. However, due to alleged legal constraints, the judge issued a decision awarding SSI only benefits, and only from December of 2003—the month after his most recent application. Gone were all those years of SSDI benefits.
After the decision, Cecelia Frusher consulted Marasco & Nesselbush partner Donna M. Nesselbush to inquire whether her husband had any appeal rights regarding his prior applications.

Citing Social Security Ruling 91-5p, Attorney Nesselbush appealed the 1975 denial of SSDI benefits to the Appeals Council. In September of 2005, the Appeals Council remanded the matter back to a second judge for a new hearing. Less than a month later, Dr. Frusher died in a veteran’s home. Despite her grief, his widow decided to press on with his disability claim.

After exhausting all traditional avenues of the Social Security Administration to no avail, Attorney Nesselbush filed suit in the United States District Court for the District of Rhode Island. The District Court denied the appeal.

The Frusher matter was heard by the Social Security Administration for a third time, before a third administrative law judge, on April 25, 2011. Attorney Joseph P. Wilson of Marasco & Nesselbush represented the widow of Dr. Richard Frusher, and argued that the law and facts supported a finding of disability dating back to 1975. The judge agreed.

In a decision dated April 29, 2011, the judge found that Frusher’s schizophrenia was, in fact, good cause pursuant to SSR 91-5p for his failure to appeal the denials in 1975 and 1978. Therefore, his estate would be entitled to Social Security disability benefits (SSDI) dating from 1975 until the date of his death.

Added Nesselbush: “Richard deserved nothing less than equal protection under the law, and I knew that the law was on his side, given his factual situation. I am proud of our firm for taking this case, and extremely proud of our judicial system. We are a nation of laws, and the law clearly says that, no matter what mental health takes away from you, it can never take away your legal right to be treated fairly.”

Attorney Nesselbush further observed that no one should give up hope if he or she is unjustly denied disability benefits. ”The appeals process is lengthy and strictly regulated, but at the end of the day, if a claimant is too ill to appeal an unfavorable ruling, he or she is entitled to special consideration under Social Security’s regulations.”
For Cecelia Frusher the ruling was personal. “This decision finally honors my late husband, and he deserves it. Marasco & Nesselbush walked with me through the unjust times until we turned it into justice, and never once did this firm lose their confidence or give up on my husband’s claim. For this, I thank them.” 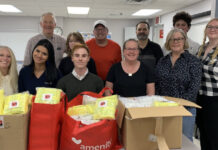 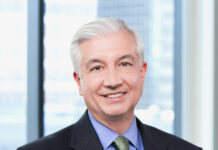 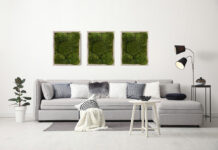 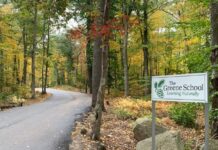 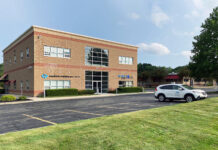