Waterson Terminal Services LLC formed less than a decade ago, a new company that combined the business interests of two previous founders and worked together to manage the Port of Providence.

Over the past decade, its footprint and package of services have grown through adaptation.

General Manager Chris Waterson, who followed his father into the business after he graduated from Bentley University, remembers when coal shipments were the most common arrival into the port. “At that time, coal was king for us,” he said.

Now, the company is positioning itself to thrive in multiple locations, by managing the shipment of offshore wind components.

The reduction in coal offloading started by the mid- to late-2000s, when natural gas surpassed it in New England. In recent years, the port has become more ingrained in the wind-energy business.

Waterson Terminal Services, which manages the port operations and hires the longshoremen, recently expanded from its original ProvPort location into two additional ports to cement that niche.

Still run by its founders, Bruce Waterson, the chief operating officer, and Ray Meador, the chief financial officer, the company has a total of 57 employees, including 17 in administration and about 40 full-time-equivalent positions who are unionized longshoremen.

The company now provides stevedoring services for Marine Commerce Terminal in New Bedford, and at the Port of Davisville at Quonset Business Park. Its work in both parks is focused on the arrival and shipment of renewable-energy materials, such as wind turbines.

The decision to move beyond its original footprint in Providence is a strategic one.

“Since 2007, the goal of Waterson Terminal Services has been to maximize the use of the ProvPort facility,” Chris Waterson said. “That process is going well, but we’re getting to a point where even as much expansion as we can do in Providence, we’re going to get to a point where it’s almost going to be maxed out.”

The opportunity of the emerging wind-energy industry prompted the company to look for expansion opportunities.

“Waterson is a stevedoring service, not necessarily tied to one facility,” Waterson said. “We handled the Block Island wind farm here, very successfully, and saw that the state of Massachusetts had invested more than $100 million building that facility in New Bedford. I thought, why can’t we do what we do in ProvPort, in New Bedford?”

Once the wind industry really gears up in New England waters, multiple ports are expected to be needed to process and ship components for the massive towers.

Waterson is thinking of that in the near-future.

“When people think of offshore wind in New England, I want them to think of Waterson Terminal Services,” Waterson said. “That’s our goal.”

One of the ways the company has been able to secure additional work, and shipments into ProvPort, is by remaining nimble, he said.

In the world of ports, ProvPort is small, and the management company is run in such a way that all customers who move goods through the facility have Waterson’s cell phone. If they need to talk to him, they’ll get him.

“When you’re dealing with our company, you’re either dealing with the owner, or the son of the owner, essentially,” Waterson said. “Every single customer gets that hands-on management, on a day-to-day basis.”

Mary MacDonald is a staff writer for the PBN. Contact her at Macdonald@PBN.com. 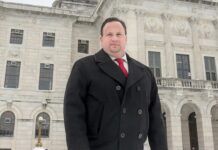 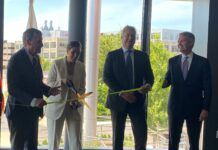 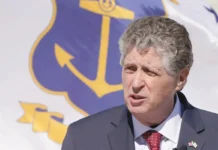