The earnings represent a 57.6% increase over the $4.9 billion profit the bank reported in the third-quarter of 2020, driven in part by the release of $624 million from its credit loss provisions due to “asset quality improvements,” the North Carolina-based company stated. By comparison, the bank had socked away $1.4 billion in credit loss provisions a year ago in anticipation of bad loans during the pandemic.

The bank also saw its total revenue increase, rising 10.6% over a year ago to $24 billion.

This included increases to both interest and non-interest income, with the former increasing 7.4% to $12.3 billion despite the continued low interest-rate environment. Strong deposit growth and Paycheck Protection Program activities helped to boost the net interest income – the difference between interest-bearing assets and expenses – by 10% to $11.1 billion.

Also a reflection of a depressed interest rate environment was the net interest margin, the difference between interest income generated and the amount paid out to lenders. The third quarter’s 1.68% net interest margin was 4 basis points below the same time frame a year ago.

Noninterest expenses remained flat at $14.4 billion, which the company attributed to a higher revenue-related expenses that were offset by lower litigation expense and COVID-related costs.

Total deposits of $2 trillion were up 15% year over year.

“We reported strong results as the economy continued to improve and our businesses regained the organic customer growth momentum we saw before the pandemic,” Brian Moynihan, company chairman and CEO, said in a statement. “Deposit growth was strong and loan balances increased for the second consecutive quarter, leading to an improvement in net interest income even as interest rates remained low.”

Bank of America has the second-highest share of in-market deposits in Rhode Island as of June 30, 2021, according to the Federal Deposit Insurance Corp. 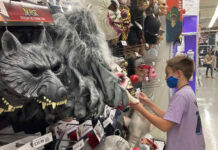 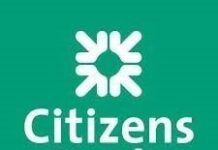 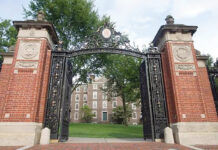