Fanale oversees Rhode Island’s second-largest health care operation that employs more than 7,500 people at various hospitals, including Kent County Memorial Hospital in Warwick and Women & Infants Hospital in Providence. He also oversaw operations for field hospitals, including one for overflow patients at the former Citizens Bank facility in Cranston, at the height of the COVID-19 pandemic earlier this year.

In early September, Fanale and top officials at Lifespan Corp. – including CEO Timothy J. Babineau – announced that Lifespan and Care New England will move forward with a letter of intent to merge the state’s top two health organizations into a single entity.

Along with Fanale, another high-ranking official in the health sector will be recognized for her efforts. Blue Cross & Blue Shield of Rhode Island CEO and President Kim A. Keck will be honored with the Corporate Citizenship award.

Keck, in addition to leading the prominent health insurer, leads Blue Cross’ charitable efforts where the company annually invests up to $2 million in nonprofits through its Blue Angel Community Investment philanthropy program, among other efforts.

The PBN Business Excellence Awards program, in its 20th year, will honor 15 companies, organizations and individuals working in the public and private sectors for their excellence in workforce development, social-service work, community involvement and other categories.

Other winners in the 2020 Business Excellence Awards program are:

The winners will be recognized in a virtual ceremony Nov. 18 at 4 p.m. The event will also have additional elements planned and will take a look back at past honorees from the previous 20 years. A special section highlighting this year’s honorees will appear in the Nov. 20-26 print issue of PBN. 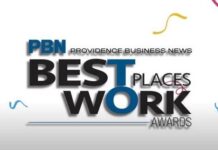 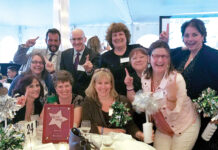 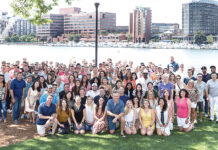 Pennrose chosen as developer for Parcel 9 in I-195 Redevelopment District,...