The votes and McKee’s signing mark the first dollars of the ARPA money the state has allocated despite calls for months from advocacy groups that state officials act quicker to provide assistance to Rhode Islanders during the public health crisis.

As expected, the General Assembly also overrode two of the governor’s vetoes on the first day of the 2022 legislative session.

Shekarchi and Ruggerio required legislators to wear face masks during the day’s sessions, though House Minority Leader Blake Filippi issued a statement saying that House Republicans would defy the speaker’s mask requirement. Filippi was seen wearing a mask during the session.

Filippi said that he wore a mask in the chamber as a personal choice, not based on a requirement, although some GOP members were adamant about being maskless and refused a request that they sit in the gallery overlooking the House chamber.

“Sometimes I feel like wearing one, and sometimes I don’t,” said Filippi. “I was being polite [wearing a mask]. My duty is to defend the rule of law under our state constitution. They have the right to be on this floor, and can’t be kicked off of it.”

The primary item on Tuesday’s docket had been plans for spending roughly 10% of the state’s receipt of the ARPA funding. During hearings in the fall debating spending some of the federal funding, the finance committees in both chambers added safeguards and specifics concerning how the funds could be used.

McKee’s proposal, which garnered state leadership support on Dec. 6, is aimed at allocating $32 million to assist the state’s small businesses, $29.5 million for addressing affordable housing needs and human services, with $38.5 million for support of children, families and social services.

McKee had proposed spending $113 million, but the General Assembly pledged to add $6 million to fund growing child care services, bringing the total in funding to $119 million.

Also on the docket: Overriding two 2021 vetoes by McKee: one on a bill calling for creation of a statewide registry for short-term rental properties listed on websites such as Airbnb and VRBO, and the other on legislation that would prohibit auto insurers from refusing to pay standard industry costs for auto body repairs.

The House voted, 55-7, to override the governor’s veto calling for the creation of a statewide registry for short-term rental properties listed on websites such as Airbnb and VRBO. In the Senate, the override vote was 27-3.

Filippi, R-New Shoreham, said he opposed the override veto. “In the vast majority of communities this isn’t problem,” he said. “I don’t want to impose this burden on our constituents.”

Rep. Lauren H. Carson, D-Newport, disagreed. She said that it is an issue she has worked on for years, and would like to see rental properties identified and registered at the R.I. Department of Business Regulation.

“I think we have a responsibility to record where these businesses are and register them,” she said. “This will ensure that properties are accurately registered in Rhode Island.”

The House voted, 43-17, to override the governor’s veto of legislation that would prohibit auto insurers from refusing to pay standard industry costs for auto body repairs. In the Senate, the override vote was 24-6.

House Majority Leader Christopher Blazejewski, D-Providence, said that overriding the veto will lead to consumer protection. “It is a false claim that this bill will raise insurance rates,” he said.

In opposition to the veto, Filippi said that it will raise insurance premiums on Rhode Islanders. “This will make insurance rates go even higher. It’s not fair,” he said.

The day started off with some tension as Filippi indicated the Republicans weren’t going to follow the mask requirement. Shekarchi has asked legislators that prefer to not wear face masks to position themselves in the gallery overlooking the House chamber.

“The remedy for breach of the speaker’s actions on masks is lawful proceedings before the Committee on Conduct, and subsequent referral to the full House. Only then may a member be excluded from the House floor,” Filippi said before the session.

Larry Berman, the spokesman for the speaker, said that safety protocol messages were sent to legislators prior to the session.

“The speaker has informed members that those who do not feel comfortable being on the floor with maskless members have the option of sitting in the gallery and participating in the session with an iPad and a microphone that will be set up in the gallery,” he said.

Greg Pare, spokesman for the Senate president, said Ruggerio “has emphasized to all senators that masks are required in the Statehouse, including in the Senate and in committee,” he said. “He has asked them to be considerate of the health and wellbeing of their colleagues, and to wear a mask. All senators and staff with access to the Senate floor have also been asked to take a COVID test today. They have been provided with both masks and tests.”

Beyond the drama over wearing face masks on the session’s opening day, lawmakers will be looking to address some of the state’s unfinished business from 2021 as this year’s session progresses.

Playing a role in the process is an election year that will see the sitting governor launch his reelection campaign as the legislative session unfolds. Lawmakers will also be campaigning within districts that have been redrawn, due to a reapportionment process that occurs once every 10 years.

The legalization of marijuana appears to be a top priority this year for the legislature. Leadership has said that the passage of the legislation could happen by February.

Democratic leadership, which controls both chambers, have said that most of the sticking points have been mediated with success, and the regulation component remains the last hurdle, with language in the legislation being ironed out. Despite that wrinkle, the legislation appears poised for passage.

Shekarchi has said another top priority is affordable housing. Led by newly appointed housing czar Josh Saal, that includes the creation of housing and the development of housing programs, while Ruggerio wants to accelerate the pace of providing universal pre-K.

The General Assembly will also consider legislation that would allow the Rhode Island Division of Motor Vehicles to issue driving privilege cards to people residing in the U.S. without authorization.

The governor is expected to deliver his proposed fiscal 2023 budget in about two weeks. The legislature will hold hearings to deliberate the budget over the next six months or so, with passage expected sometime in June.

(ADDS paragraphs 6-7 with Filippi comment. CORRECTS phrase referring to people residing in the U.S. without authorization.) 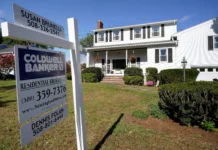 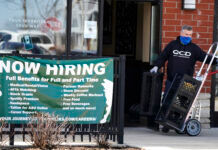 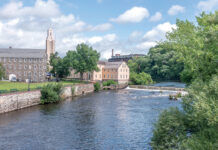 Report: 87% of R.I. nursing homes at risk of closing