PROVIDENCE – Rhode Island’s businesses and organizations are calling on Gov. Daniel J. McKee and the state’s legislative leaders to allocate a portion of the state’s $1.1 billion in American Rescue Plan Act funding to aid their struggling operations this year.

McKee said at his press briefing on Sept. 21 that he was seeking the expenditure of 10% of the ARPA funds for short-term needs. The other 90% would be allocated for long-term needs in the future. The governor said he’d like to see the roughly $100 million short-term relief funds distributed by the end of 2021.

The problem is that without a plan from the governor’s office, the legislative process could be in limbo. Once a plan is submitted, convening the legislature for budget discussions, hearings and a vote could take time, with some fearing it could run into the new year.

Chris Parisi, owner of the Providence-based Trailblaze Marketing and co-founder of the R.I. Small Business Coalition, said, “We’re the only state in the region that has not spent any of these funds yet, and that is going to hurt our recovery. This is something I’ve been saying for a few months now. I’m not sure if leadership is aware that small businesses are still struggling.”

Parisi said businesses need help. The combination of a labor shortage, and rising costs for goods and services, could be detrimental to their operations, he said. Many small businesses won’t survive long enough to wait until 2022 for ARPA funds to be handed out, he said.

“It’s not every industry,” said Parisi, noting that the travel, tourism, and hospitality sectors have been hit especially hard. “Several industries did not get the financial support that some other industries have received, and they’re struggling,” he said. “We need to act now while we have these funds.”

Some groups are calling for an even larger allocation of funds to local organizations in the short term.

A coalition of 70 health and human service organizations said their industry is facing dire consequences if ARPA funding is not received by state providers soon. The group is seeking $100 million in ARPA funding to aid what they say is an underfunded system.

The organizations released a letter Thursday calling for the governor and the legislature to address “an escalating work force crisis that is crippling the health and human service delivery system.”

Tina Spears, executive director of Community Provider Network of Rhode Island, said the funding request would be in addition to the $100 million the governor is already seeking to allocate.

Kristen Adamo, CEO and president of the Providence Warwick Convention & Visitors Bureau, said there also is a need for marketing dollars and the funding of sales initiatives from the APRA funds for the state’s tourism industry. The funding would do two things: Help immediate needs to jump-start the tourism economy and fund big-picture initiatives that directly or indirectly benefit the industry.

“Downtown Providence has been particularly hard hit, with many corporate tenants not returning to their offices yet and convention delegates just returning,” Adamo said. “Funding to the organizations that keep downtown safe and thriving, like the Downtown Improvement District, would go a long way.”

The concerns of groups fighting for their economic survival highlight the need for having a plan in place to expedite the legislative process for allocating the ARPA funding.

House Speaker K. Joseph Shekarchi and Senate President Dominick J. Ruggerio issued a statement on Friday regarding the governor’s proposed use of the ARPA funds. “The Senate and House began hearings on ARPA funds this week. When we receive a formal proposal from Gov. McKee, in the form of a supplemental budget bill, it will be vetted in a rigorous, open and transparent public hearing process.”

The governor’s office did not immediately respond on Friday when asked if a plan had been crafted for expending the ARPA funding.

Sen. Ryan W. Pearson, D-Cumberland, Senate Finance Committee chairman, said Friday that his committee has been asking the governor’s office for a formal ARPA plan for months. He also said the legislature is not waiting for the governor, but is proceeding on its own path to formulate the process and plan for spending the federal funding.

“We were told to anticipate some ideas and proposal from the governor back in April,” Pearson said. “Those never came. I’ve been asking for them since April.”

Pearson said there were discussions in June, which the committee provided feedback on, but the governor’s office did not provide a formal request for a hearing to deliberate use of the funds. “We’re going to proceed on our own path,” he said. “If the administration is ready, we’ll hear the plan when they’re ready.”

Sen. James A. Seveney, D-Bristol, a member of the Finance Committee, said the committee held its first meeting on Sept. 21, the day McKee announced at his briefing that he was seeking use of 10% of ARPA funds to address short-term needs.

Seveney said he believes the governor is formulating a plan, but it needs to be put before the legislature, something he and his colleagues in the Senate are urging.

“Finance Chair Pearson was pretty clear at the meeting about the need for a plan that can be turned into a supplemental budget, so it can be reviewed by the public, and everyone who is going to be asked to vote on it, and then we can execute it as efficiently as we can,” Seveney said. “It’s [the governor’s] obligation to come up with a plan, just like the Rhode Island Foundation is going to do, to come to the General Assembly to let the public hear what it is,” he added, noting that a supplemental budget would detail expenditures for allocating the money for disbursal.

Seveney said allocation of the ARPA funds should be handled in a fair and equitable manner. He also said the R.I. Foundation will be delivering plans to legislative leaders for how best to spend the ARPA funds in mid-October.

Those plans are centered around longer-term, bigger plans for the state’s use of the ARPA funds.

Chris Barnett, spokesman for the Rhode Island Foundation, confirmed the timeframe. He said the organization will be presenting three to five of its “big ideas” to the governor and legislative leaders in mid-October.

Neil D. Steinberg, Rhode Island Foundation CEO and president, said that his organization in partnership with the R.I. Public Expenditure Council and the Economic Progress Institute and its 15-member steering committee has been doing extensive analysis and listening, leveraging input from the submission of ideas, stakeholder meetings, focus groups and community meetings.

“We will deliver the recommendations to the governor and legislative leaders based on these guiding principles: equity, sustainability, impact and process,” he said.

The Rhode Island Foundation fielded hundreds of proposals from stakeholders as part of its Make It Happen Initiative. Expenditure of ARPA funds includes federal guidelines for spending the funds over a three-year time span, ending at the end of 2024.

Update: A previous version of this story inaccurately identified the Economic Progress Institute in paragraph 27. 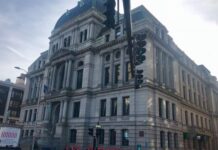 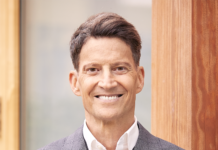 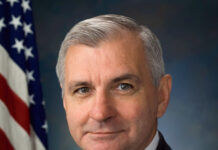