However, the state’s economic recovery will remain uneven, according to Lardaro’s CCI report that he produces each month, with a return to normalcy taking two to three years.

The CCI registered a value of 83 for November, identical to the prior two months and a significant improvement over the 25 value it registered in November 2020.

Lardaro said this period of strong CCI values should last until April, a year after the current recovery began, at which time CCI values could change due to the uneven recovery.

“This is not to imply there is no underlying strength in this recovery, as several indicators have continued to turn in strong performances,” he said.

Lardaro said no matter what revised data shows, he remains confident about the direction of Rhode Island’s economy.

“We are continuing to move forward and will continue to do so, although this recovery will be uneven, requiring two to three years before we return to normal,” he said. “The big question: When the sugar high from all the federal money ends, how will Rhode Island fare since so little has been done to improve this state’s structural deficiencies?”

For November, the CCI remained at 83, with 10 of the 12 indicators showing improvement, he said. Retail sales was once again the star performer, rising by 14.8% from a year ago, its 10th consecutive double-digit increase.

Of the five leading CCI indicators, once again only three improved in November. Total manufacturing hours increased at a double-digit rate of 13%, its eighth consecutive double-digit improvement, as both the length of the workweek and employment rose.

Very large revisions to new claims continue, based on the removal of fraudulent claims, Lardaro said in the report. For this “cleaner” data, new claims, which reflect layoffs, fell by 80.9% compared with November 2020.

The monthly CCI fell to its neutral value of 50, no longer in the expansion range, continuing a trend of several months of weakness. It remains well below the regular CCI value and its weak values are a harbinger of what is to come, Lardaro said.

“The regular CCI will not be able to sustain its recent high values as our momentum begins to slow,” he said. “Behind the disappointing [monthly CCI] November value was a string of declining indicators, such as U.S. consumer sentiment, total manufacturing hours, retail sales, employment service jobs and benefit exhaustions.”

Lardaro added, “What is disturbing is that three of these indicators will not be revised when rebenchmarking occurs.”

100 R.I. infrastructure projects to be accelerated with federal funding 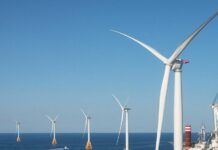