PROVIDENCE – Gov. Daniel J. McKee on Thursday unveiled an $11.17 billion budget proposal that would provide grants to small businesses struggling amid the pandemic and allow recreational marijuana sales to adults by privately run shops regulated by the state.

The proposal for fiscal 2022, which would take effect in July, includes $4.4 billion in general fund expenditures. That represents a $489.6 million increase from the revised budget for fiscal year 2021, or a 12.6% increase in state revenue spending.

The budget proposal, which was delivered to the General Assembly, represents the administration’s priorities for handling its COVID-19 pandemic response, expanding access to mental health services, equity, and social justice reform, promoting small businesses and economic growth, and improving equity in education. It does not include any major tax increases.

A key element of the budget is the proposal of $30 million in Coronavirus Relief Fund grants that will be made available to small businesses in 2021. In addition, $1 million will be allocated for the Small Business Assistance Program to assist businesses that are credit challenged.

In his budget statement, McKee said the fiscal 2022 plan focuses on two economic priorities: response to the pandemic and economic recovery aimed at aiding small businesses.

“The budget protects Rhode Islanders through an unprecedented public health crisis and lays the foundation for a durable recovery,” he wrote, noting that his “proposal addresses the pressing needs posed by the pandemic, none more important than vaccinating the state’s population as quickly and safely as possible. It also lays the foundation for a swift, sustainable economic recovery for all Rhode Islanders.”

McKee mentioned during his opening remarks that the state recognizes “that in addition to this budget, Rhode Island will receive a significant amount of federal stimulus funds. With this in mind, this budget as presented today has the potential to evolve.” The state and its municipalities will be receiving roughly $1.78 billion in federal stimulus aid due to passage of the legislation on Wednesday.

McKee has proposed stimulating housing production by reallocating a portion of the state’s general revenue share of the existing conveyance tax on the portions of residential property sales exceeding $700,000. The initiative would add $2.6 million in fiscal year 2022, and $5.7 million on an annualized basis.

The proposal includes several new fees or sources of revenue for the state, to close its estimated $336 million budget deficit. Joseph Codega, deputy budget officer, pointed to $118 million in Federal Emergency Management Agency funding, $62 million from an enacted hospital licensing fee, as well as implementation of programs, such as a taxation on Paycheck Protection Program loans over $150,000, will target the closing of the deficit gap in 2022.

McKee continues former Gov. Gina M Raimondo’s push for legalization of recreational marijuana. His proposal would allow up to 25 annual retail licenses that would be regulated by the state. The proposal would invest $1.1 million in health equity zones to expand community-based health initiatives and infrastructure; $1 million in treatment, prevention, and surveillance through multiple state agencies; and $900,000 in state and local law enforcement training and capacity building.

Jonathan Womer, director of the R.I. Office of Budget and Management, said that McKee’s marijuana proposal differs Raimondo’s in that it is a regulatory, privately run “market-based proposal,” and not state run.

The recreational marijuana proposal mirrors parts of recently introduced Senate legislation, in that it calls for a Cannabis Reinvestment Task Force. The Senate is calling for a Cannabis Control Commission. Whereas McKee’s proposal calls for up to 25 licenses annually, in the Senate version, retail licenses would be capped at one license per 10,000 residents per municipality.

Licensing fees were not included in McKee’s budget, while the Senate proposal lists  licensing fees that would range from $100 for a cultivation license to $500 for manufacturer and testing entities, to $20,000 for a combined cultivation and retail license.

House Speaker K. Joseph Shekarchi, D-Warwick, in a statement Thursday did not provide an assessment of McKee’s budget, and noted that federal stimulus is only a one-time payment. “In the brief time Gov. McKee has had to fully prepare for his first budget submission, he has been very collaborative, and we have developed a good working relationship that I am confident will continue throughout the budget process. I also applaud Rhode Island’s federal delegation for providing our state with this critical stimulus assistance. The most recent package will give the administration and the legislature some flexibility to work together and address long-term structural deficiencies and make other important policy decisions that put Rhode Island on the path for a robust and sustainable post-COVID recovery.”

Shekarchi said he is “mindful that these one-time funds will not be there to support the ongoing costs of new or expanded programs and we must be prudent in order to emerge from this crisis stronger. The House Finance Committee will now conduct its usual deep dive into every article of the budget in a detailed and transparent public process.”

A coalition of more than 20 business organizations, including 10 chambers of commerce, sent a letter to McKee on Thursday, thanking him for his pledge not to increase taxes in his fiscal 2022 budget and highlighting their opposition to various tax increases proposed by members of the General Assembly.

Included in the budget proposal: 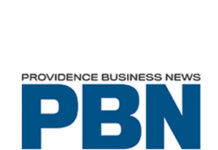