PROVIDENCE – Lt. Gov. Daniel J. McKee, who’s been at odds with outgoing Gov. Gina M. Raimondo over the state’s distribution of the COVID-19 vaccine, stayed away from the R.I. Department of Health’s weekly briefing on Thursday.

It is the first meeting McKee has not attended since being invited to hold a joint briefing with Raimondo on Jan. 13. The briefing was Raimondo’s first public appearance since being introduced as the nominee for United States secretary of commerce. A confirmation vote in the U.S. Senate is expected to occur next week, setting the stage for McKee to become the next governor.

Raimondo also did not attend Thursday’s health department briefing and has kept a low public profile since her nomination last month, leading a handful of Rhode Island mayors to call for her resignation.

On Thursday, McKee’s staff declined to answer questions about his absence from the briefing. Instead, a spokesman issued a statement saying McKee “is pleased with the progress that the state has made in the last 48 hours to distribute more vaccines from its inventory and engage municipal leaders in the vaccination rollout for Rhode Islanders 75 and over. This afternoon, the incoming governor will be receiving briefings on pressing budget issues and continuing to evaluate strategies to speed up Rhode Island’s vaccine distribution.”

At Thursday’s briefing, health department Director Dr. Nicole Alexander-Scott defended the state’s vaccine rollout, noting that the state targeted vulnerable populations versus a speedy implementation. She also said the downward trend in hospitalizations has allowed the state to ease restrictions on visitations to hospitals, assisted-living facilities and nursing homes.

Alexander-Scott said the state will move away from multiple vaccination and registration sites across communities to a state-run distribution system within weeks.

R.I. Commerce Secretary Stefan Pryor, at the conclusion of the weekly briefing, said Raimondo remains “very much on the job and is very invested in governing” as the state rolls out changes. And Lt. Gov. McKee is involved also, he said.

The R.I. Department of Health did not immediately respond to questions regarding McKee’s absence on Thursday.

As for McKee’s transition to the governor’s office, Mike Trainor, a spokesman for McKee, insisted communication with Raimondo’s staff is fluid.

“The transition is proceeding very well with the full cooperation of the governor’s office,” said Trainor, who noted that McKee has “multiple daily conversations” with various administration staff.

McKee’s team is expecting him to be sworn in as the state’s 76th governor on Feb. 25. 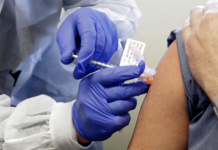 As vaccine demand cools, some warm to idea of new messaging tactics 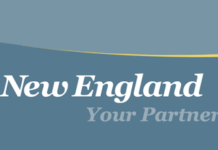 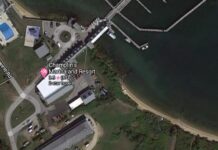 Winners will be announced April 30th!

As vaccine demand cools, some warm to idea of new messaging...

R.I. to start significantly relaxing COVID-19 business restrictions in May

R.I. to start significantly relaxing COVID-19 business restrictions in May