When it comes to a devastating illness or injury, doctors often represent lifelines for people whose daily routines no longer resemble their former lives.

Physicians say there’s little they can do, though, to help with emotional recovery, despite knowing that sometimes it’s what people experience between visits to the doctor that needs the most attention.

Dr. Keith Rafal, medical director at the Rehabilitation Hospital of Rhode Island, has noticed depression, anxiety and hopelessness in patients who have experienced a stroke, brain or spinal cord injury or been diagnosed with neurological conditions such as Parkinson’s disease.

He saw medical needs being met, while patients’ emotional struggles were not.

Rafal’s response was to create Our Heart Speaks, an online platform that allows people who have been diagnosed with a debilitating disease or suffered extensive injuries to share their stories.

Such a service fills a vital need for people who are at risk of feeling isolated, according to one Rhode Island businessman and former athlete who suffered a spinal cord injury six years ago.

Gary Balletto, paralyzed from the chest down, said his interactions on social media are an anchor for both him and people who follow him. Sharing experiences can change perspective, he said.

“I think it’s helpful; you get different ideas of how each person handles it,” Balletto said. “I hear different stories every day on how other people are coping with their injuries. With spinal cord injuries, they’re all different; just because you have the same injury doesn’t mean you can do the same things.”

Alison Shapiro, who lives in California and Virginia, traveled to Rhode Island recently to speak at The Landmark Medical Center in Woonsocket to an audience of community members and caregivers assembled by Rafal.

Shapiro met Rafal through Our Heart Speaks after she shared the story of her recovery from a devastating stroke at age 55. Three years later, she created Mindful Stroke Recovery, a course that Shapiro teaches across the country.

The key, she said, is the stories people tell themselves about their own capability.

“When someone has a sudden injury that results in some type of disability, our internal narrative changes. A great deal of this is realizing what is possible,” Shapiro said. “What is imperative is that people have the opportunity and support to lead them to engage in their lives and their recoveries. Dr. Rafal’s work is a treasure house of how that can be.”

Rep. James R. Langevin, D-R.I., who is the first quadriplegic to serve in the U.S. House, shared his story on Our Heart Speaks, describing the accident that led to his paralysis at age 16.

Langevin dreamed of working in law enforcement and was enrolled in a Boy Scouts Explorers program at the Warwick Police Department. He was in the locker room before starting a shift when an officer pulled the trigger of a gun he didn’t realize was loaded.

“The bullet ricocheted off a locker and severed my spinal cord. And in a single moment, before I had even graduated high school, the career I envisioned was over,” Langevin wrote.

The congressman of nearly 20 years attributed his achievements to his family, friends and community.

“Friends, neighbors and even strangers heard my story and wanted to help in ways large and small. The entire community came together to ease the burden that I now carried,” Langevin wrote. “I can’t overstate the impact this outpouring of love and support had on my life. At a time when I ran the risk of feeling isolated and desolate, they lifted me up.”

The act of creating your own story, whether through writing, photography, music or other mediums, can be restorative, said Rafal, who also serves on the clinical faculty at the Warren Alpert Medical School of Brown University and is an adjunct professor at Tufts University.

“A fair amount of research shows that by telling your story, there’s therapeutic value,” he said.

Others also stand to benefit from stories that can inspire and educate.

“We serve other patients in the disability community, caregivers, doctors, nurses, clinicians and thought leaders,” Rafal said. “We’re trying to reshape what it means to live with a disability. We want to recognize you can live a full and meaningful life. Knowing there’s a resource is very empowering for patients.”

Diagnosed in 2008 with a rare, progressive autoimmune disease that causes muscle weakness, singer/songwriter Lisa Sniderman used Our Heart Speaks to share her story and a music video about her journey back from being bedridden and too weak to hold a guitar.

Writing the story of her “physical and spiritual transformation” helped her escape her illness and ultimately led to new connections, said Sniderman, of San Francisco.

Rafal is on the roster of speakers Sniderman is lining up for a virtual summit she is planning for next summer.

The opportunity Rafal afforded her and others has become a mouthpiece for those who have shared their stories, she said.

“You benefit because you’re assuming other people will read it and feel less alone, or inspired or encouraged,” Sniderman said. “You’re rooting for these people.”

Elizabeth Graham is a PBN staff writer. Contact her at Graham@PBN.com 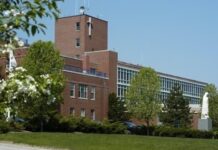 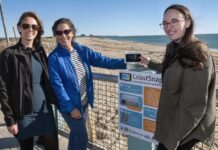 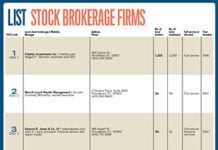