PROVIDENCE – The Port of Providence will soon be ground zero for assembling and building the foundations for a slew of major wind farm projects, Orsted A/S and Eversource Energy announced on Wednesday.

The two companies, which are teaming up to develop multiple wind farms across the East Coast, including the planned Revolution Wind in Rhode Island, in a news release announced plans to build a 228-foot-long manufacturing facility at ProvPort. The project, which is part of the companies’ already announced $40 million investment in ports in Providence and Quonset, will serve as the base for “advanced fabrication and assembly” of foundation platforms for wind projects planned in Rhode Island, Connecticut and New York, the release stated.

Construction and related site improvements will be completed by local union labor, thanks to a project labor agreement between project partners the Rhode Island Building and Construction Trades Council and Dimeo Construction Co., of Providence. The project will create roughly 40 construction jobs.

The announcement comes after several major wind farms – including the South Fork Wind Farm jointly planned by Orsted and Eversource in New York and Ocean Wind, a project off the New Jersey coast planned by Orsted and Public Service Enterprise Group – advanced through the federal permitting process overseen by the Bureau of Ocean Energy Management. Orsted also recently signed an agreement with the National Oceanic and Atmospheric Administration to share data from the federally leased waters to improve scientific understanding about those areas.

The timeline for the Revolution Wind project, which is the only one in the pipeline that will supply power to Rhode Island, remains unclear, but state officials have insisted the other projects offer ample opportunities for the state to benefit, including through its ports.

In a statement, Gov. Daniel J. McKee described the state as home to “one of the most thriving offshore wind industries in the nation.”

“Orsted and Eversource are keeping their commitment to making significant investments in Rhode Island to create new, good-paying union jobs and position our port facilities to become central hubs in this growing industry,” McKee said.

The jobs the growing industry provides will also prove critical to helping the state crawl out of the pandemic-induced recession, said Joe Nolan, Eversource’s executive vice president for strategy, customer and corporate relations.

David Hardy, CEO of Orsted Offshore North America, said in a statement the announcement serves to reaffirm the company’s commitment to the state.

“Our partnership with local labor is critical to the success of our offshore wind farms and we’re ready to put more local tradesmen and women to work in the state where we launched America’s offshore wind industry,” he said. 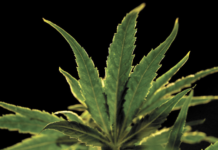 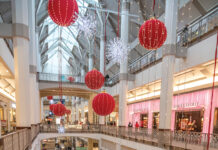 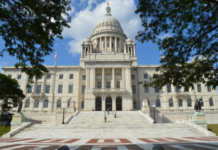