PROVIDENCE – The push to legalize recreational marijuana is officially back on in the Ocean State, with the introduction in the Senate of a bill that would allow retail sales across the state under the supervision of local communities and a new state Cannabis Control Commission.

Former Gov. Gina M. Raimondo’s efforts to legalize recreational marijuana use failed to gain traction in the General Assembly the last two years. But growing legalization in other states and a pandemic-induced recession have some state leaders more willing to seriously consider it this year.

Miller said that the track record of other states, such as Massachusetts, in legalizing recreational marijuana sales responsibly was a template. McCaffrey added that the General Assembly has been studying the issue for years and now is the right time to introduce it.

“Cannabis legalization is a monumental shift in public policy that effectively creates a new economy,” said Miller, who chairs the Senate Committee on Health and Human Services. “We want to ensure as many Rhode Islanders as possible have the opportunity to participate in this new economy. That is why we set low, tiered licensing fees and we are also calling for the creation of a Cannabis Equity Fund to help individuals who have been directly and indirectly impacted by our past policy of prohibition.”

The Cannabis Control Commission would oversee a competitive and accessible licensing structure to generate tax revenue through the sales tax, a special sales tax and a local sales tax, they said.

The commission would be a five-member, full-time board tasked with overseeing the licensing of four aspects of the cannabis supply chain: cultivation, manufacturing, retail, and testing. It would also be empowered to establish the rules and regulations for the state’s cannabis market and tasked to vet applicants.

Retail licenses would be capped at one license per 10,000 residents per municipality, but every community would be eligible for at least three retail licenses. To prevent monopolization of the new market, no business entity would be allowed to possess more than one license.

The legislation also creates a Cannabis Equity Fund to provide technical and grant assistance to qualified individuals and a fee-free mandatory expungement process for individuals with marijuana related offenses.

The legislation legalizes the possession of up to 1 ounce of marijuana by individuals over the age of 21. It also allows for homegrown product, comparable to Massachusetts. Cannabis consumption would be prohibited in public places, and unsealed containers would be prohibited from the passenger areas of a car.

In addition to the 3% local sales tax and the state’s regular sales tax, a cannabis sales tax of 10% would apply. Licensing fees range from as low as $100 for a small cultivator’s license, $5,000 for manufacturers and testing entities’ licenses, and up to $20,000 for the largest cultivators and retailers.

Cities and towns could opt-out o legalization through a voter referendum. In doing so they would forgo their opportunity to garner a 3% local tax collected at point of sale. Communities could pass local ordinances to regulate the time, place and manner of cannabis operators; however, local communities could not impose any additional fees or contingencies.

“We want to provide cities and towns with the ability to opt out, but we cannot allow an overly burdensome patchwork of regulation throughout our state,” said McCaffrey. “We know from experiences in other states that less parochialism and lower fees leads to greater transparency and a more competitive market.” 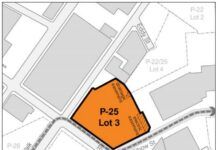 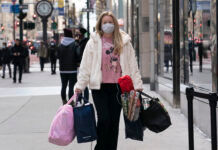 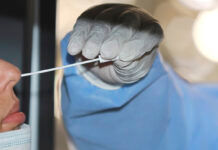 Tens of thousands lose power in R.I.; could be days for...