PRROVIDENCE – Rhode Island’s Special Commission on Reapportionment has approved its redistricting maps, keeping all 113 incumbent legislators in their existing districts.

The state’s political landscape did shift slightly with the commission voting 13-4 Wednesday to approve House and Senate maps, and the congressional district map by a 15-2 vote.

The maps, which are supposed to reflect U.S. Census Bureau data from 2020, have been sent to the legislature for final approval. The state’s district maps are redrawn every 10 years by a special commission, many handpicked by the General Assembly leadership, with input from incumbent legislators.

Biggest takeaways: The new maps keep incumbents’ districts intact, move the addresses of 41% of the inmate population at the Adult Correctional Institution in Cranston to their home addresses, while keeping the House map for the Hill and Harbor neighborhoods in an East Greenwich district. An earlier rendering had split up the Hill and Harbor into two different House districts.

John Marion, executive director at Common Cause Rhode Island, a nonprofit government watchdog advocacy group, said that the moving of the inmates addresses puts an end to what critics have called prison gerrymandering.

“While a first step, by choosing to reassign only those serving sentences of two years or less, Rhode Island is doing the least among the 13 states that have addressed this problem,” he said.

Marion said the maps approved by the commission reflect the process that created them, which he believes is flawed, protecting incumbent seats, a process of which they participate in, creating conflicts-of-interest.

The commission, appointed by the legislative leadership, containing primarily legislators, or former legislators, approved maps keeping everyone of the legislature’s 113 incumbents in their existing district, he said.

“Other than the requirements for equal population and compliance with the Voting Rights Act, the commission had the ability to prioritize a number of values, and it chose to prioritize incumbent protection,” said Marion. “Because most incumbents are Democrats, the maps skew in favor of that political party, minimizing the number of seats where Republicans could make gains.”

Marion noted that Rhode Island’s population saw modest growth in the 2020 Census date used to redraw the maps, but there was a decided shift toward the urban core.

“The result is that the cities of Providence, Pawtucket, and Central Falls gained marginal shares of legislative seats in the new maps,” he said. “The one-person-one-vote standard of the U.S. Supreme Court requires that, and the commission’s maps reflect that.”

Looking ahead to future cycles, Marion said that Common Cause would like to see the maps redrawn by an independent commission, free from the influence of the General Assembly.

“Successful efforts in states [such as] Michigan and California show the value of that approach,” he said. “The future commission, whatever their form, should have to state their values when drawing districts. The state commission, which never debated or stated the order of their values, stands in stark contrast to the commission for … Providence, which is ratifying a document stating its priorities, including not considering the home addresses of incumbent council members.”

Marion has said that the state constitution should be amended to create an independent commission to handle the redrawing of districts.

As for the upcoming process with the maps, Marion said the plans crafted by the Special Commission on Reapportionment will now be turned into legislation that will be introduced to the General Assembly in the coming weeks and they will go through the regular legislative process like any bill.

“The General Assembly can make amendments to the map, but they typically give deference to the commission’s recommendations,” he said.

Based on history, he said, the General Assembly will pass the plans in February so municipalities can redraw their city council boundaries, as needed, including in Cranston and Providence, prior to the candidate declaration period in June. 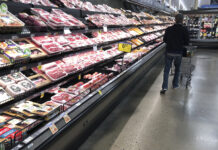 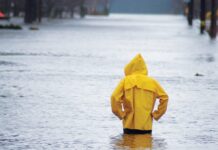 Locke to step down as Brown University’s provost at end of...