PROVIDENCE – Once again, the American Lung Association has given Rhode Island a mixed report card on ending tobacco use in the state, including a couple failing grades, in its 21st annual State of Tobacco Control report that was released Wednesday.

The annual report evaluates all 50 U.S. states on their respective legislative efforts to eliminate tobacco use. In the Ocean State, while the association gave the state good grades on smokefree air, taxes on tobacco and access to cessation services, Rhode Island again got a low grade on eliminating flavored tobacco products – and a failing grade on tobacco prevention funding.

Rhode Island, according to the association’s report, got an “A” grade again on smoke-free air, citing the state’s regulations prohibiting indoor smoking in public places. The state received a pair of “B” grades for tobacco taxes, where Rhode Island’s cigarette tax is $4.25 per pack, and cessation coverage – such as medications, counseling and Medicaid.

However, once again, Rhode Island got an “F” for tobacco prevention funding. According to the report, the state allocated $415,452 in the 2023 fiscal year toward tobacco control programs. Combined with federal funding, the state put $1.8 million toward tobacco control programs – the same approximate amount as in the 2022 fiscal year – still well below the $12.8 million the Centers for Disease Control and Prevention recommends the state should be spending, the association said.

Much like the previous year, Rhode Island collected nine figures in tobacco-related revenue. The associated said the state had collected $200.3 million in such revenue. And again, the state spends close to $640 million in annual health care costs to deal with smoking-related matters, the association said.

The state also again received a “D” grade on restricting flavored tobacco products, even though the state three years ago banned flavored e-cigarettes at all locations.

“Unlike our neighbors in Massachusetts, Rhode Island is now lagging behind when it comes to tobacco control policies,” said Daniel Fitzgerald, director of advocacy at the American Lung Association in Rhode Island, in a statement. “Our legislators have an important opportunity to improve the health of our state through proven policies, such as adequately funding the state’s tobacco control program, ending the sale of all flavored tobacco products, and ensuring that casinos are a smokefree workplace and venue for all Rhode Islanders.” 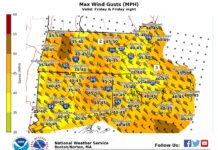 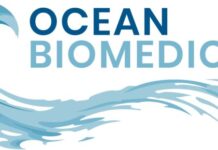 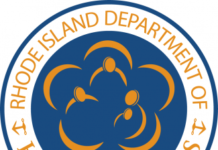