PROVIDENCE – Gov. Daniel J. McKee on Monday announced that $119 million in federal aid from the American Rescue Plan Act will be spent in January to help small businesses and address the state’s human services needs.

“Today we share some good, strong news about working through some of our biggest challenges,” said McKee. “It represents a crucial initial short-term investment in Rhode Island’s families, workers and small businesses to keep our economic comeback going strong.”

Most of the funding was outlined in the governor’s supplemental budget request, which he submitted to the General Assembly in October as part of his R.I. Rebounds Proposal aimed at spending roughly 10% of the $1.1 billion the state received in ARPA funding.

McKee called it a much needed investment now. “That’s a down payment. That’s a start,” he said.

The governor’s proposal includes $38.5 million to support children, families, and social services; $32 million to assist small businesses that have been impacted by COVID; $29.5 million to promote affordable housing, housing stability and homelessness programs and broadband; and $13 million for aid to the tourism, hospitality and event industries.

During a press briefing at the Statehouse, the governor and House Speaker K. Joseph Shekarchi and Senate President Dominick J. Ruggerio pledged to add an additional $6 million to address growing child care needs.

As for why the legislature waited until December to begin spending ARPA funds when the state received notice of the federal dollars in March, McKee said he wasn’t going to focus on the timing. Instead, he lauded the General Assembly for holding hearings to determine a strategy for the expending of the ARPA funds. The governor called the relationship between his office and legislative leaders as “strong.”

“I think we’ve got it right,” said McKee on how his office and legislative leaders are managing ARPA spending.

“This is public money. This is a process. You don’t just back up to the Statehouse and we hand the money out to you,” said Shekarchi. “It’s an open, transparent process. We had hearings – and there are guidelines and regulations for what you can and can’t spend the funding on.”

Shekarchi said the legislature will continue its transparent and collaborative process in allocating the funding.

“I’m happy this funding will get out to the people who need it the most,” he said. “We want to make sure we make long-term investments that are sustainable and help the people of Rhode Island for generations to come.”

Ruggerio said the legislature has held numerous meetings to discuss the use of the ARPA funding for helping the most needy.

Lt. Gov. Sabina Matos said, “This investment is essential to addressing the needs of our unhoused residents, the creation of much needed affordable housing, providing crucial resources for small businesses, child care for our working families, long-term care and strengthening our workforce. I look forward to working together to build a stronger Rhode Island.”

“These funds are the result of a 10% percentage point federal match FMAP increase for all state spending on home- and community-based services that was included in the American Rescue Plan Act,” said McKee.

Providers will allocate 85% of the funding to direct care workers in the form of hiring bonuses, increased hourly wages, enhanced benefits, and training or support. 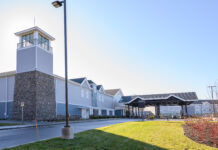 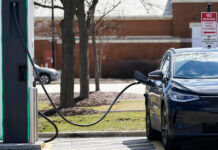 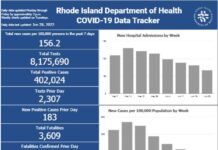