Canole currently serves as Trinity Rep’s director of development, the theater group said, and has worked in development and external relations since 1999. Among her achievements at Trinity Rep include securing seed money that launched the theater group’s Young Actors Studio after-school and summer programs, Trinity Rep Active Imagination Network programming for children and adults with autism and other psychiatric disabilities, and raised millions of dollars for Trinity Rep’s operations, programming and endowment.

Canole was also a Providence Business News 40 Under Forty honoree in 2013.

“I’ve devoted my career to advancing Trinity Rep’s work and am excited to have the opportunity to provide interim leadership during this transition,” Canole said in a statement. “Trinity Rep is at a critical moment in our history – rebuilding from the pandemic; implementing important changes that reflect our commitment to equity, diversity, inclusion, and anti-racism; resuming in-person production; and welcoming audiences back to the theater.”

Canole takes over temporarily as current executive director Tom Parrish is set to leave Trinity Rep next month. Additionally, Trinity Rep has selected Arts Consulting Group, which has a Boston office, to lead the national search for Parrish’s successor.

Canole said identifying the right person to be Trinity Rep’s executive director will take the search committee some time. But she noted that her experience and depth of relationships will provide stability and continuity so Trinity Rep can advance its work and still serve the community. 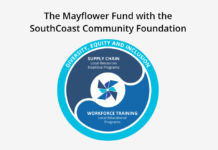 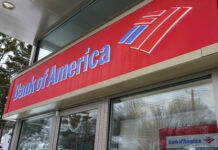