WASHINGTON (AP) – Orders to United States factories for big-ticket manufactured goods rose by a solid amount in February, but the gain came before the coronavirus had shut down much of the country.

However, with all the shutdowns that have occurred as authorities try to deal with the coronavirus, economists are looking for weak reports in coming months.

The durable goods report showed that the 1.2% February gain which pushed total orders to a seasonally adjusted $249.4 billion, was the best performance since a 2.8% advance in December.

A key category that serves as a proxy for businesses plans on investment fell by 0.8% in February after a 1% rise in January. This category, which has been weak over the past year, had fallen 0.8% in December.

Many analysts believe the virus has already pushed the country into a recession with the most pessimistic forecasting that the overall economy, as measured by the gross domestic product, could plunge by 20% or more in the April-June quarter.

Analysts said they expected a sharp deterioration in orders to show up in the March report.

“Businesses were not canceling orders yet to any significant degree, but that’s going to change in March as the coronavirus will take a toll on factory production in many states which have shelter-in-place rules” said Chris Rupkey, chief financial economist at MUFG in New York.

Gregory Daco, chief U.S. economist at Oxford Economics, said, “We now believe the additional headwind posed by the coronavirus will lead to one of the largest pullback in capital spending of all times.”

The February report showed that the increase was led by a 1.8% increase in orders for motor vehicles and parts. Excluding the transportation sector, orders would have fallen by 0.6%.

Orders for machinery fell by 0.5% while orders for computers were down 0.6%.

Martin Crutsinger is a reporter for The Associated Press. 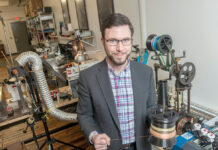 For Nautilus, naval tech can serve other purposes 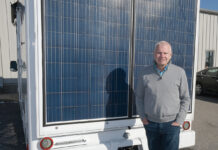 eNow has found cool use for solar panels on trucks 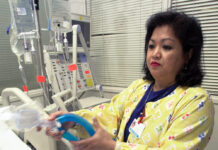