BOSTON (AP) – A federal appeals court has ruled against a Native American tribe that had been granted sovereign land to build a casino in Massachusetts.

The U.S. Court of Appeals in Boston on Thursday upheld a lower court decision declaring the federal government had not been authorized to take land into trust for the Mashpee Wampanoag Tribe in 2015.

The lower court ruled the tribe didn’t qualify because it wasn’t officially recognized in 1934, when the federal Indian Reorganization Act became law.

The Cape Cod-based tribe, which traces its ancestry to the Native Americans that shared a fall harvest meal with the Pilgrims in 1621, gained federal recognition in 2007.

Despite the ruling, the tribe said its years-long battle is far from over.

Its 321 acres remain in federal trust because a separate case is pending in federal court in Washington, D.C., Cedric Cromwell, the tribe’s chairman, said in a statement.

“There’s no question that this is a grave injustice,” he said. “We will continue to fight, as our ancestors did, to preserve our land base, our culture and our spiritual connection to our homelands.”

Casino opponents, who had filed the original lawsuit challenging the land decision, said the latest ruling is further vindication for them.

Their lawyer said in a statement that the justices correctly interpreted federal law “as written” and “without favor or bias.”

The case was a largely semantic debate centered on whether the tribe could be considered “Indian” under the 1934 federal law, which created the process for taking lands into trust for tribes, among other things.

The casino opponents argued the law clearly defined Indians as “all persons who are descendants of such members who were, on June 1, 1934, residing within the present boundaries of any Indian reservation.”

But the tribe argued the phrase “such members” made the definition ambiguous and open to other interpretations.

The appeals judges, like the lower court, rejected that argument.

Cromwell said the tribe will continue to press Congress to approve legislation pending in the Republican-controlled Senate that would protect its reservation, regardless of what the courts decide.

The Democrat-led House has passed the measure, but President Trump has asked Republicans to reject it. Trump called it a “special-interest casino bill” backed by Massachusetts Sen. Elizabeth Warren, one of his potential Democratic presidential rivals.

Roughly half the trust lands awarded to the tribe are located on Cape Cod where it already operates a government center that includes a school, among other things.

The other half of the land is located in Taunton, a city some 50 miles away, where it still hopes to build a $1 billion casino, hotel and entertainment resort.

The tribe and its supporters have said the land battle sets a dangerous precedent as it represents the first time in the modern era that the federal government has moved to strip a tribe of its trust lands.

Philip Marcelo is a reporter for The Associated Press. 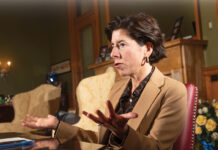 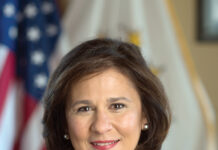