R.I. Department of Labor and Training Director Scott Jensen says the decision by Gov. Gina M. Raimondo to allow the construction industry to remain open during the height of the COVID-19 pandemic was crucial to the industry.

“If you don’t close, you don’t have a hard time starting back up,” Jensen said.

It was also important to the overall economy in a state that saw its unemployment rate jump from 4.7% in March to 18.1% in April and 16.4% in May, according to the U.S Bureau of Labor Statistics. Even in August, the state’s 12.8% unemployment ranked second highest in the nation.

But staying viable will continue to require adjustments throughout the industry, though there’s been no shortage in demand in some sectors, including high-end housing.

“I am concerned, especially in the private market, about the impact [the pandemic] will have on office and retail space,” said Michael Sabitoni, business manager and secretary treasurer for the Rhode Island Laborers’ District Council and president of the Rhode Island Building Trades Council. “There are concerns in hospitality, restaurants and hotels. I don’t see any of those projects coming back until after there is a vaccine, and after that it takes time. I think it’s going to be a little bit before you see the private economy come back.”

However, both Sabitoni and Jensen think that public-works projects will help fill those gaps in the meantime.

“We had terrible roads in Rhode Island, the schools were in rough shape, and that’s why government investments were made,” Jensen said. “And they have the added benefit that during a down economy it is pushing demand and giving people jobs in this tough time. It is a countercyclical investment, which is important.”

According to Marcantonio, there has also been an increase in demand for housing and remodeling. According to the National Association of Home Builders, single-family and multifamily starts each posted solid gains in July, with total housing production up 22.6% to a seasonally adjusted annual rate of 1.5 million units, according to a report from the U.S. Housing and Urban Development and Commerce Department.

“Most people who own homes are doing well enough to take on projects and the industry is opting to step up,” he said.

He added the pandemic initially created different challenges for those in the homebuilding and remodeling business. Those that were working on outdoor projects at homes, such as decks, were getting more requests for work than they could handle, but indoor projects practically ground to a halt.

“Remodel took a hit for a while until the public became comfortable with masks and other safety procedures,” Marcantonio said. “We had to educate our members on their safety and the safety of their customers.”

But the need for housing in the state won’t go away anytime soon.

“We have a severe shortage of housing in Rhode Island … and interest rates are low right now, so homes are selling rather quickly,” he said.

But a problem that has plagued the local industry for years – an aging workforce – has only worsened in the pandemic.

Due to COVID-19, Jensen said, workers are retiring quicker, leaving even bigger gaps in the workforce. According to the DLT, the number of construction jobs is down overall by about 1,500 from 2019 because of the pandemic, though the industry added 400 new jobs between June and July in 2020.

Industry leaders are scrambling to fill those gaps by offering training. Building Futures Executive Director Andrew Cortes says the outlook for all trades is strong, but particularly for electricians, construction iron workers and laborers.

Jensen thinks all of the skilled trades boast employment opportunities, including welders, heating, ventilation and air conditioning, and oil-heat technology.

“Any skill that has an apprenticeship attached to it is a good one,” he said. “You are going to have a lot of training available right now to help people get those skills. The construction industry is like any other industry and is undergoing a revolution with technology. What that means is you are going to need to apply training and skills to everyone.”

Sabitoni said that even with all the difficulties and uncertainty in some sectors, there is still going to be a demand for the foreseeable future for those that want to learn a trade.

“This is an industry that trains you,” he said. “It’s earn while you learn, and when you are done you have a transferrable skill set that can earn you middle-class living, with wages, benefits and a pension, and you don’t have a big debt hanging around your neck.”

More and more workers are seeing those benefits. Marcantonio said the state builders association was seeing a gradual increase in inquiries and usage of its training programs pre-pandemic. Beginning in May 2020, however, the number of folks entering the industry grew by close to 100 every month through the summer.

“We suspect that could get even higher as unemployment checks stop and other industries people expected to go back to work in don’t fully reopen,” Marcantonio said. “We are seeing people who have lost their jobs saying, ‘Look, I’ve got to have a new career path here.’ Our industry is very well-poised to accept them and there is a ton of opportunity here.”

Alyssa Alvarado, vice president of education and workforce innovation at Skills for Rhode Island’s Future, has also seen an uptick in those interested in the industry.

“We have been seeing a huge increase in traffic due to unemployment [payments] ending,” she said.

“We can take them from registration to everything they need to start and run a successful business,” she said. “The comprehensive training we have put together as part of our partnership with the DLT provided infrastructure that during [the] pandemic has allowed us to retrain and hire people and will allow us to do that in the future.”

“Everyone waiting for placement has gone out during the pandemic,” said Cortes. “These are good trades and good careers that continue to have shortages in good and bad times. It is a seamless pathway for a student who is in a program of study. A national certification gets their foot in the door and guarantees them apprentice opportunities. We will work with them to make sure they are successful.”

Peter DiStefano, owner of DiStefano Brothers Construction in South Kingstown, says finding skilled workers has always been an issue. In September he said his business could still use a half-dozen workers, but he sees the current climate as one of hope for the industry.

“Lots of people have lost their jobs, and people need something else,” he said. “There are a lot of restaurants out of business. I’ve always had really good luck hiring restaurant people and converting them to construction; customer service is a priority, it’s a fast pace. It’s a good segue.”

DiStefano says the need to adapt during the pandemic will serve his and other businesses in the industry well when it is over.

For example, DiStefano’s company normally does lots of kitchen, bath and basement remodels. When COVID-19 hit, “Nobody wanted us in their house anymore. We laid off a few people quickly, but then we looked at repurposing them when we started looking at commercial and exterior work. The skill set is the same, and it still applies.”

DiStefano said as a business owner, he learned several lessons too. One is to strike more often when the iron is hot.

“Literally the world just stopped one day, and no one was prepared for that,” he said. “I’ve learned … to be more decisive, faster at getting to the end goal ‒ the sale ‒ as soon as possible.”

He also learned the importance of communicating to his staff.

“It was important as a leader to be communicating what’s going down,” he said. “I think [workers want] to know what they can expect; it’s better than the unknown.” 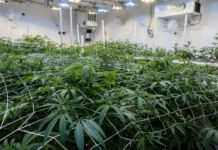 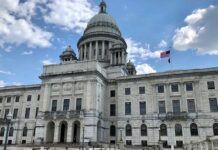 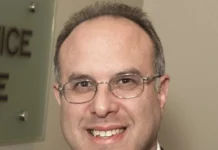