WHEN SHE RETURNED to Rhode Island from Texas to become the United Way of Rhode Island’s top executive in 2018, Cortney Nicolato learned in her first few months on the job that Rhode Islanders are passionate about helping one another. As part of her goals for the Providence-based nonprofit, she wanted to have giving be both fun for all and meaningful.

In 2020, meaningful giving went to a whole other level. As the state was mired in the COVID-19 pandemic and Rhode Island-based nonprofits were in need of significant assistance, United Way went to work. The organization in March 2020 partnered with the Rhode Island Foundation to create the COVID-19 Response Fund, where money would be raised and distributed to nonprofits that were directly helping combat the pandemic. The fund, in the first six months of the pandemic, distributed more than $7 million to local nonprofits.

Additionally, Nicolato in 2020 spearheaded a new giving initiative called 401Gives Day, in which local organizations could sign up to receive donations and the public could directly contribute to organizations of their choosing through the online fundraising portal. It was an initiative that Nicolato saw firsthand be successful in the Lone Star State during her time there. In the two years that 401Gives Day – which is held every April 1 – has been held in Rhode Island, more than $3 million was raised for various nonprofits across the area. 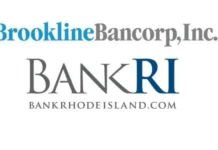 Fidelity: Retirement savers socking away more than ever, despite market lows 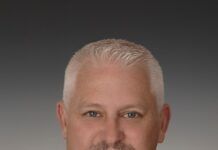