J. Paul Loether, executive director of the R.I. Historical Preservation and Heritage Commission, is retiring in June, ending a 43-year career in historic preservation. Loether spent much of his career in Connecticut, including at nonprofit historical preservation organizations, and is the former chief of the National Register, which is a National Parks Service function in Washington, D.C.

Loether has served as the state historic preservation officer in Rhode Island since 2018, and as executive director of the heritage commission led the ongoing project to renovate and restore the Old State House in Providence. He spoke to the Providence Business News this week about his career.

PBN: How did your career begin?

LOETHER: I started in historic preservation in 1977. By that time, the National Historic Preservation Act had been in place for several years. I started out in Connecticut. Connecticut actually had a historical commission in 1955. It grew out of their Economic Development Commission.

PBN: Over the span of your career, have people become more supportive of historical preservation?

LOETHER: I think they are. Preservation has become much more institutionalized at this point. People now assume there are historic buildings and historic properties, and certain protective measures put in place to try to protect them. It has become more institutionalized. It’s always a process of more educating as each new generation comes along. It’s better than it was previously because we’re not fighting to get a place at the table.

PBN: What was your biggest career regret?

LOETHER: It’s hard to single anything out. In our business, you can’t save everything. From time to time, things go by the wayside. One of the examples I had is from my Connecticut experience with the old Yale Boat House, which was located right in the way of the new Quinnipiac River bridge. It was not being used by Yale at that point. But it was very historic. It was right in the way of the … bridge. At the end of the day, it was only going to cost $34 million to move it downstream, across the river, and nobody wanted it. I couldn’t go to my governor and say that was a good thing to do. And I regret it.

PBN: Was it hard because the state had other needs?

LOETHER: It’s hard to spend $34 million when you have four or five neighborhoods, all in desperate need of work, and all of them historic by the way. In preservation, we have to be realistic about what we can do. Sometimes you have to say, “We can’t save it.”

PBN: What are you most proud of?

LOETHER: Keeping my staff safe during COVID. I made a very quick decision early on, in early March of last year, that it was time to get everyone home. I was able to convince the powers that be to give us laptops for everyone. I did that for many reasons, not the least of which is our staff is our biggest resource.

It was pretty clear early on that we could make this work without everyone being in the building. The biggest resource we have for preservation in Rhode Island is the preservationists, particularly those who work at nonprofit organizations and government agencies. 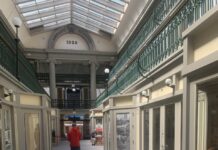 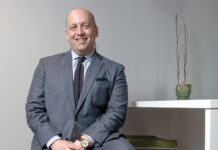 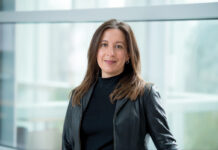