I don’t think that there was ever a time in my life where I wasn’t described as “demanding.”

I was driven, and I wanted the freedom to make my own decisions. My drive for success was so important that it didn’t matter how much energy it took, even if it exhausted those around me.

Over the years, I had several bosses who valued my work and understood how to empower me. Then, there were those who didn’t quite know what to do with me.

After making my way into a leadership position by age 30, I began to wonder if I’d ever be fulfilled in a job. I later realized that it was the thrill of something new that excited me and kept my mind (and my energy) occupied. It was my craving for new challenges and desire to create innovative approaches that led me to the realization that I needed to run my own company.

I decided to go back to business school for my MBA. Shortly after, I began working in the consulting industry, and I discovered there was no single tool that measures performance and company fit in one assessment. In 2002, I began working with a team of scientists and psychologists to develop XBInsight, an assessment technology that measures an individual’s skills by job and by industry.

As president of my own company, I have found the secret ingredient for keeping myself fulfilled, where I have constant challenges, the freedom to create and the ability to demonstrate proven results. 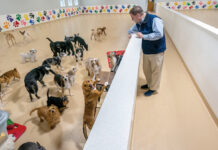 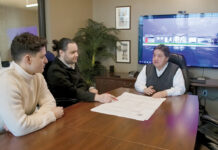