EAST PROVIDENCE – The development company that plans to purchase Metacomet Golf Club is holding a community meeting on the Zoom platform Thursday night.

In a news release, the company said it would outline the two options available for the site – describing the outcome as development no matter which is chosen.

In the release, issued Tuesday, Lianne Marshall, principal of Marshall Properties, described “Plan A” as the proposal now before the City Council, which would set aside about half of the site for open space, developing the remainder in a mix of residential and commercial.

“Plan A keeps the Metacomet property greener and generates more tax revenue while developing less of the overall acreage. We are asking everyone to give this plan a second look and keep in mind that we have the right to redevelop the property under current zoning designations without a zone change,” Marshall said. “The Metacomet Country Club, as we all know it, will no longer exist. There are many reasons for the club’s demise and none of them have to do with Marshall Properties. The only question that remains is what will the future of the Metacomet property look like.”

Plan B, which is what she said the property is zoned to allow, would allow a heavier mix of uses, including for a hospital, for public and private educational purposes, “live/work spaces, various private club uses, youth camps and municipal facilities.”

She continued: “Plan B will not provide for public access, public open spaces, or walking trails. Plan B does not have lush vegetative buffers that exceed required setbacks. Plan B is less green with more developed area.”

The meeting is scheduled for 6 p.m. Thursday. 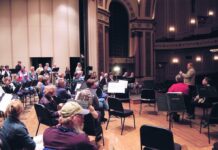 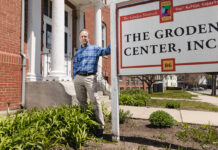