Douglas Palmer, a fifth-generation co-owner of Palmer Spring Co., thinks of the longtime, family-owned business as a fruit tree: His parents nurtured the business and passed it on to him and his brothers, and as his own tenure goes on, he is preparing to pass ownership of the company to his own son, Ryan. The younger Palmer already “has the reins” of the business.

This family-held value has kept the business going since the mid-19th century, according to Palmer. While business has taken some hits during the COVID-19 pandemic, Palmer Spring Co. continues to make and install suspension systems for trucks and other transit in Rhode Island, Massachusetts and Connecticut, in addition to sales, repairs and making custom parts.

Due to the pandemic, the business closed its Couet Spring Division in New Bedford, which also dated back to the 1800s. The business could no longer generate enough work for the two employees there, which Palmer attributes to COVID-19 shutdown measures. One employee at that location was laid off, while the second joined the Providence team. Palmer said a decrease in profits compared with five years ago also stems to the pandemic shutdown. 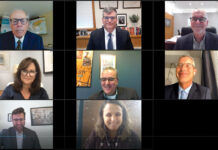 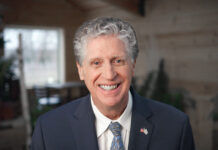 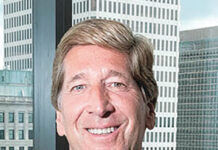