While telehealth has been critical for providers to check in on many of their patients during the pandemic, Marie L. Ganim, R.I. health insurance commissioner, says it’s been “a lifesaver” that has improved attendance and lowered no-show rates for those seeking mental health care virtually.

Ganim said there’s been a spike in visits and success in connecting patients with their providers.

“Telemedicine made up for the early loss of in-person care,” said Ganim. “And providers are telling us that they can successfully provide care.”

Ganim was one of several panelists at the summit who made the case for continuing insurance coverage of telemedicine, even after the coronavirus crisis has passed. Joining Ganim in the event’s first panel discussion was Dr. James E. Fanale, CEO and president of Care New England Health System; Dr. Alan Kurose, Coastal Medical Inc. CEO; and Dr. Kenneth Wood, Lifespan Corp. executive vice president and chief clinical officer.

Many of the speakers echoed Ganim’s sentiments: that telemedicine efforts by providers, which have been conducted by both videoconferencing and by phone, have made up much of the care in some health systems in Rhode Island for the last eight months.

Kurose said that 54% of the encounters at Coastal Medical have been conducted by telehealth while 46% have been face to face.

“We can’t go much [more] above [46%],” he said, citing the high prevalence of the coronavirus in Rhode Island as cases continue to climb, with the positive test rate edging above 5% and the need to develop socially distanced floor plans in offices.

Prior to the pandemic, Coastal was not conducting videoconference visits but had planned to do so. Within two weeks of the coronavirus hitting Rhode Island, Kurose said the system was conducting 500 videoconferences per day.

“It’s essential that we stay connected with patients during this period of time,” said Kurose. “I think the patient that is most at risk is the one who is isolated.”

Tufts Health Plan expanded telehealth services to children and adolescents, which “has been critical,” according to Dr. Claire Levesque, Tufts chief medical officer who participated in the summit’s second panel discussion. As anxiety and depression levels have heightened, telemedicine could be used more for treatment in behavior health.

“All of us – as human beings – will experience depression at some point in our lifetimes,” said Dr. Matt Collins, chief medical officer at Blue Cross & Blue Shield of Rhode Island, who was part of the second panel. Collins suggested that employers should be asking more mental health-related questions to employees as they continue to work from home. “It’s not ‘How are you doing,’ it’s ‘How are you holding up?’ It recognizes the challenges.”

Collins suggested making mental health discussions normal, creating flexible work hours and being tolerant of different ways work gets done as employees have children learning virtually at home and may be helping with elderly family members under the same roof.

The panelists noted these challenges for people working from home could lead to the need for more-accessible mental health care, such as through telehealth.

“[The behavioral health side] is a different set of lessons in that environment than in the primary care environment or the facility environment,” said Ganim, who said behavioral health coverage should be looked at separately, such as with cost-sharing issues with insurance companies and what is clinically appropriate for treatment over phone calls or the use of videoconferencing tools. She said insurers would say that payment-parity would make sense.

Prior to a new rise in cases in Rhode Island, and much of the country, health care facilities were working to prove to patients that it was safe to return by adding advanced health screenings, heightened cleaning efforts and pandemic-related procedures such as having patients wait in their car instead of a waiting room, according to panelist Siobhain Sullivan, Rhode Island Medical Imaging Inc. chief operating officer of clinical operations.

“People were hesitant to leave their homes,” said Sullivan. “Peace of mind is priceless right now.”

While patients may have increased confidence to go to a doctor’s office, Fanale said at Care New England the number of mammograms performed by the health care system is down 20% this year.

“You can’t convince them all,” Fanale said of making patients comfortable with in-person procedures and exams. These declines could cause further delays in screenings, diagnosis and care. Because of this, Fanale said, “telehealth care cannot go away.”

Wood said he has seen the data that outlines how cancer care has been delayed because of fears by patients going back to the doctor’s office and hospitals.

“Disease doesn’t abate because of the pandemic,” said Wood, who added that there’s significant uncertainty as to whether the insurance rate structure for telemedicine coverage will continue. In Rhode Island, telemedicine coverage has been mandated under temporary executive orders issued by Gov. Gina M. Raimondo.

“I understand the finances and the reimbursement, but I think that if we keep the patient at the dead center of what we do, and their best interests are what drives our practices, inevitably it’s the most cost-effective way,” Wood said.

Ganim said telemedicine is getting reimbursed at the same level as in-person care, but it remains unclear whether that will last beyond the pandemic.

“It’s not as easy as saying that all across the country that every state that is dealing with this – and every state is dealing with this – and the federal government are all going to uniformly say, ‘Yes, every telephonic visit, every audiovisual visit will be reimbursed the same way as an in-person visit,’” said Ganim, who said Raimondo placed the coverage of telemedicine in her state budget proposal. “That’s probably not going to happen.

“We hope that the legislature takes it up when they take up the budget,” she said. 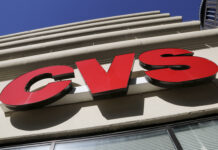 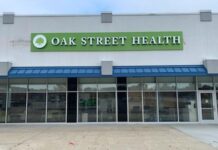 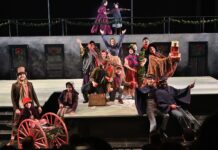