PROVIDENCE – The Senate passed legislation on Tuesday at Rhode Island College’s Sapinsley Hall by a 29-9 vote that would legalize, regulate and tax adult-use recreational marijuana in the Ocean State.

The legislation will now be sent to the House, which is not expected to vote on it before the end of the legislative session.

It is the first time that legislation to legalize cannabis for recreational use has reached the floor of either legislative chamber in Rhode Island, marking a major milestone in the decade-plus efforts of co-sponsor Miller.

“We arrive at this point about 10 years later than I would have liked, and it is important that we act expeditiously to enact a regulatory framework,” said Miller during Tuesday’s session. “Cannabis will be legal in Connecticut next week. And Massachusetts opened their first cannabis shops in 2018 – some of them just steps from the Rhode Island border.”

Miller said urgent passage of the legislation is needed to prevent consumers from leaving the state to purchase cannabis at a retail point of sale.

Sen. Gordon E. Rogers, R-Coventry, who voted against the legislation, said while he is in favor of legalization, he does not support the current legislation due to some issues. One, he said, is the lack of a central hub to facilitate the cannabis industry in the state.

“There needs to be a central distribution facility that accepts the product from the growers and dispenses to the dispensaries,” he said. “So, if you there any issues, you have a hub that can be followed and controlled for checks and balances.”

The legislation calls for a 20% tax, like Massachusetts has, and includes a 3% local sales tax, the state’s 7% sales tax, and a cannabis sales tax of 10%. Licensing fees would range from $100 for a small cultivator’s license to $5,000 for manufacturers and testing entities, and up to $20,000 for large cultivators and retailers.

The bill would create a five-member, full-time Cannabis Control Commission board tasked with overseeing the licensing of four aspects of the cannabis supply chain: cultivation, manufacturing, retail and testing. The commission would establish rules and regulations for the state’s cannabis market.

It would legalize possession of up to 1 ounce of marijuana by individuals over the age of 21 and provides for homegrown rules comparable to neighboring Massachusetts. Cannabis consumption would be prohibited in public places, and unsealed containers would be prohibited from the passenger areas of a motor vehicle.

The legislation caps retail sales licenses at one license per 20,000 residents per municipality, and each of the state’s cities and towns would be eligible for at least three retail licenses.

To prevent monopolization of the new market, no business entity would be allowed to possess more than one license, although an individual can invest in more than one entity.

The legislation would reserve at least one-third of all licenses for members of groups that have been disproportionately harmed by previous enforcement of drug laws. It places a moratorium on cultivator licenses until July 1, 2023.

While cities and towns would be able to opt out through their voter referendums, in doing so they would forgo collection of the 3% local tax at the point of sale. They can also enact local ordinances to regulate the time, place and manner of cannabis business operators; however, they would not be able to impose any additional fees or contingencies.

House Speaker K. Joseph Shekarchi, D-Warwick, said on June 17 during a budget briefing that no cannabis legislation would be included in the legislature’s fiscal 2022 budget prior to July 1.

McKee’s proposal is an entrepreneurial model as well, calling for the issuance of 25 retail licenses and a 17% tax, including the state’s 7% sales tax and a special 10% excise tax.

Rep. Scott A. Slater, D-Providence, introduced his own cannabis legislation in the House on May 27. His legislation would impose a 22% tax, including a 5% tax for cities and towns that allow sale of the drug, with the issuance of 15 retail licenses.

Massage therapist’s license suspended after having sex with patient 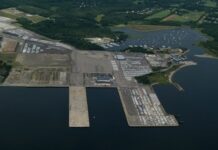 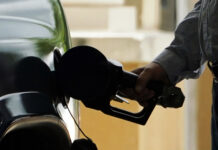 Massage therapist’s license suspended after having sex with patient