PROVIDENCE – Regent Craft Inc., a Burlington, Mass., company in the process of moving to Rhode Island, recently reached a “critical certification milestone” with a new certification, the company announced.

The newly obtained approval in principal classification, granted through a third-party review by Bureau Veritas Marine & Offshore, advances the company’s Seaglider technology one step closer to commercialization, according to a Regent spokesperson.

In a statement, Regent co-founder and CEO Billy Thalheimer called the certification “an extremely important moment for the Seaglider’s design and technical maturity.”

Thalheimer says it is the first major outcome of the company’s maritime certification process.

“The approval in principle confirms we are on [an] achievable certification path toward the commercialization of Seagliders,” he said.

Regent will next need to complete a design appraisal process, which involves a series of technical studies to determine compliance and qualification.

The company is set to lease land at the Quonset Business Park in North Kingstown. 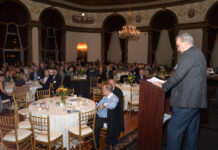 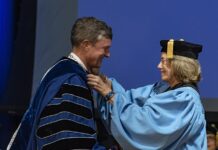