The popular chain has at last revealed itself as the grocery store tenant anchoring the first floor of a new East Side development. The company on Wednesday posted on its website identifying the property at 425 S. Main St. as a future store, with a “coming soon” notice.

An opening date has not been set, but typically announcements about future stores are made a couple months prior to when they open, Nakia Rohde, a company spokesperson, said in an email.

Rumors have been swirling about Trader Joe’s being the unidentified grocer included in the mixed use-project on former I-195 land.

At the time the property known as Parcel 6 was sold, development team D+P Real Estate and Truth Box Architects Inc. said  “a nationally recognized grocery store operator” would occupy 13,000 square feet of ground-floor retail space, but did not specify who the grocer would be. Jordan Durham, founder of D+P Real Estate, would not confirm the identity of grocery chain when asked by PBN in June, though he said the store would be open “later this year.”

The $26 million project also includes between 49 and 62 apartments as well as another  9,000 square feet of retail space, PBN has reported. 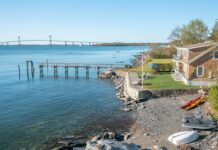 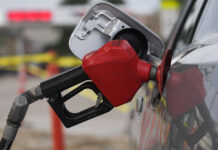