PROVIDENCE – A study by a Brown University education professor found that giving the public more opportunities to engage in conversation with school boards could significantly boost trust in local leaders and interest in public meetings, especially with individuals of color and from low-income households.

Brown professor Jonathan Collins’ study, published May 24 in the American Political Science Review, implies that more two-way engagement at school board meetings could help school boards and city councils better represent their constituents, the university said. Collins, Brown said, created an online survey requiring participants to watch one of three school board meetings from different cities on video, with one video having the public speak with no board response, another video showing a school board yielding the floor to a community member and moving onto other agenda items, and a video showing school board members conversing with the public.

The study also showed a higher percentage of people who would attend another public meeting after watching the deliberation video (42%) than those who watched the no-comment video (31%), the university said.

“I think a lot of people who have been socially marginalized tend to think, ‘If I go to a meeting, will they actually hear what I have to say? Will they acknowledge my concerns? Will there be an opportunity for a dialogue?’ ” Collins said in a statement. “My findings clearly show that having discursive meetings could erase some of those concerns. When you’re in a space where people are receptive to your voice, you feel like you belong there.”

Brown said Collins began conducting in-person pilot tests in Providence and he expects to have initial findings at the end of June. 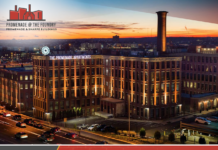 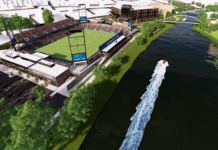 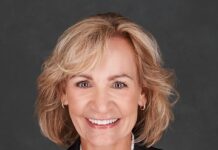