While Brown experienced a particularly notable increase, other Rhode Island institutions also saw significant endowment increases. In fiscal 2021, which closed on June 30, colleges and universities around the country saw a median 34% return, and an average return of 35.6% according to Cambridge Associates.

U.S. college endowments increased by an average of 1.6% from fiscal 2019 to fiscal 2020, according to data from the National Association of College and university Business Officers.

At Brown, the endowment increase will help the university close a “persistent structural deficit” in its budget, according to Locke, and address revenue lost to more than $30 million in program cancellations and $55 million in COVID-19 related spending. Brown ended fiscal 2021 with a $52.2 million operating budget deficit.

Brown’s endowment assets were valued at $4.4 billion at the end of fiscal year 2020, according to preliminary data from the U.S. Department of Education.

The university’s endowment is composed of charitable gifts that Brown sets aside for donor-designated purposes. Investment returns support initiatives such as scholarships for students from low-income families and scientific research, according to the university.

This fiscal year, the endowment contributed $194 million to Brown’s operating budget, comprising 15% of this funding.

Brown Provost Richard M. Locke, who chairs the committee that develops the operating budget, said that the endowment will break down financial barriers for aspiring Brown students and allow scholars to “contribute locally and globally through high-impact research, teaching and public engagement.”

The endowment also supports initiatives such as the university’s planned $125 million contributions towards a proposed Lifespan and Care New England merger.

Other colleges and universities in Rhode Island reported investment returns that were near the strong national median for the year.

The college’s fiscal 2021 outcome places it in the top 3% of returns for colleges and universities with endowments between $200 million and $400 million, according to Sweeney.

“Primarily, we use the endowment for scholarship support,” Sweeney said, “so this will over time have a fairly dramatic impact on the amount of money we put towards scholarships.”

Bryant University had a “tremendous” year in fiscal 2021, according to Barry Morrison, vice president for business affairs and treasurer, earning a 28.8% annual return. “The returns in fiscal 2021 were just exceptional, out of the ordinary returns” Morrison said. “It’s something we did not expect.”

The endowment return provides some relief to the university’s operating budget, according to Morrison, and enables the university to set aside more scholarship funding for students.

Philanthropic donations have also contributed to Bryant’s endowment growth, according to Morrison, though investment returns were the driving force this year.

At the University of Rhode Island, investment returns coupled with an ongoing fundraising campaign were “a double punch” contributing to a 32% return for fiscal 2021, according to Adam Quinlan, URI’s chief financial officer. The university’s endowment is now valued at $226 million.

“It allows us to allocate more of that performance for scholarships,” as well as research and student support, Quinlan said.

URI’s endowment has experienced significant growth within the past five years, Quinlan said, up $120 million from $106 million in 2016.

In Newport, “it was a complete turnaround in terms of our overall endowment,” at Salve Regina University. The university’s endowment increased by 29.8% by the end of fiscal 2021, which Chief Financial Officer and Vice President for Administration William Hall characterized as “a complete turnaround” after a decrease in fiscal 2020. 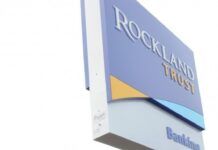 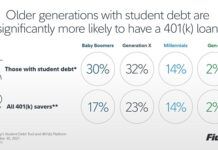 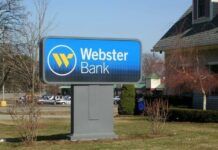