Social services nonprofit Amos House in Providence has been inundated since the COVID-19 pandemic first hit in March 2020, and it doesn’t appear that will let up any time soon.

The arrival of the delta variant of COVID-19 has ratcheted up fears and increased demand for services, and the lack of affordable housing has left many without a permanent place to live with colder months just over the horizon.

“It’s been the hardest year we’ve ever seen,” said Eileen Hayes, Amos House CEO and president. “And the numbers are greater than ever before in the history of the work I’ve been doing here, which is over 20 years.”

While more people than ever need the services Amos House provides, such as assistance for housing and food, the organization is straining to keep up with the extraordinarily high level of need.

Throughout the pandemic, nonprofits have ramped up their services to meet rising needs in the communities they serve. But staffing has not increased at the same rate, and some of the COVID-19 aid that kept organizations and those they serve afloat has run out, causing them to face an uncertain future.

“There are a lot of issues around staffing – both maintaining adequate staffing, as well as extreme burnout by the staff that has been carrying the burden of increased responsibilities and needs in the communities for the last 18 months,” said Nancy Wolanski, executive director of the Grantmakers Council of Rhode Island Inc.

“There are a lot of people who are emotionally exhausted, physically exhausted and suffering compassion fatigue,” she said. “A lot of people are thinking about leaving the sector, so I would say that staffing is a huge need right now, and rest for exhausted staff.”

These needs were reflected in a survey of the state’s nonprofits on the challenges they are facing, which GCRI conducted with United Way of Rhode Island. Based on initial feedback from the about 320 nonprofits that responded, several trends stand out, according to Wolanski.

“It really reinforces that central issue of staffing and funding,” Wolanski said. “The word ‘burnout’ has come up a lot.”

GCRI also conducted this survey a year ago when Wolanski suspects many organizations thought the pandemic may have subsided by now. At the time, general financial concerns dominated the results.

“There was not the same degree of concern for inadequate staffing and burnout,” Wolanski said. “There was some … but it was not front and center the way it seems to be in this survey.”

While financial concerns don’t stand out as much as they did in 2020, they have not disappeared. Nonprofits and those they serve also face increased burdens due to some pandemic relief measures running out.

It’s hard to tell how many of Rhode Island’s nonprofits shuttered permanently during the pandemic, according to Wolanski, as these organizations only need to file one report per year. Current data shows that there are 6,617 nonprofits in the state, 3,434 of which are public charities with a 501(c)(3) designation.

But “some of the expenses are still kind of outpacing the donations we’ve gotten,” Hayes said.

Amos House has a budget of around $7 million and its revenue comes from a variety of contributors, including corporate partners, individuals, government entities, foundations, special events and mission-focused businesses.

Those who don’t work directly with hard-hit populations may not realize that need remains high, Hayes said.

“The increased costs of COVID are not going away,” she added. “Yet the funding is not what it was when we first started into this pandemic.”

Amos House continues to see “a steady increase of people sleeping outside because they can’t get into shelters,” Hayes said.

The agency has added six positions since March 2020, bringing its total employment up to 96. But even with more workers, the rising need outpaces resources.

And the list of complications the organization faces is long and seemingly getting longer.

“We don’t have housing units to move people into,” Hayes said. “We have a vacancy rate of close to zero. We have an increase in cost of rent.

“We have reduction in capacity of existing shelters because of COVID,” she said. “And we have a lot of people who are kind of holding on by a thread knowing that when the eviction moratorium period ends, they may end up homeless.”

Hayes worries the need will grow during the fall and winter months, when more people seek shelter. Additionally, the organization has needed to increase services for substance use disorder, as opioid overdoses have risen throughout the pandemic.

Neil D. Steinberg, CEO and president of the Rhode Island Foundation, said that many nonprofits continue to struggle as the pandemic goes on and changes course in ways that can’t always be predicted.

Some nonprofit sectors were hit particularly hard, Steinberg said, such as education, health care and arts organizations that had to completely shutter their venues for much of the pandemic.

And among those served, “the recovery has not been even and has impacted some communities a lot more than others,” Steinberg said. “The communities hit hardest were many of the underserved communities: the communities of color, the elderly, specific cities and towns. It was not an equitable impact.”

While most nonprofits continue to combat persistent challenges, some are making a strong rebound. Warren-based food incubator Hope & Main faced uncertainty at the beginning of the pandemic, according to founder and President Lisa Raiola.

Hope & Main serves as “the home base for dozens and dozens of food businesses,” Raiola said, with about 75 businesses operating out of the organization in March 2020. The food incubator draws most of its revenue from the fees members pay to rent its kitchens, mostly on a pay-as-you-go basis.

Under early pandemic measures, Hope & Main faced “an existential moment” amid catered event cancellations, orders drying up and supply changes, Raiola said. “We had several months of no revenue, not knowing what was going to happen.”

But a year and a half later, Hope & Main may be an example of “what the potentials are as we look to a world of, I won’t say a full recovery, but learning to live with COVID,” she said. “We are probably busier than ever.”

She attributes the success in part to a surge in people who want to launch food businesses. The organization, which has 20 full-time and part-time employees, has added to its staffing to meet this demand.

These new businesses benefit from what Raiola sees as a renewed public appreciation in supporting local businesses.

Many businesses at Hope & Main “have not only recovered but are seeing a historic demand for their local food,” she said, “because during COVID, there was an increase in consumer loyalty for local, a fierce loyalty to local.”

This public support for nonprofits is important for all sectors, Wolanski said, as is “some rethinking about how the state and how funders support organizations with a long-term lens, and how the workforce and the nonprofit sector need to be valued and paid appropriate to their value.” 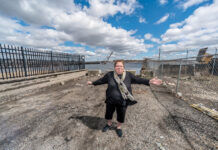 SHADES OF GREEN: Can Providence’s working waterfront be both livable and an economic engine? 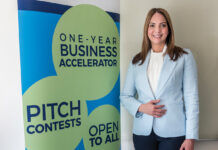 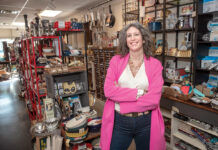 Breeze Airways looks to open $160M base at T.F. Green

Are you concerned about new leadership coming to the state’s two...