WARWICK – A former section of the now closed Ann & Hope curtain and bath outlet store in Warwick – part of a business that was considered a Rhode Island institution and the inspiration for Walmart Inc. – was recently sold to a local real estate developer in a $7 million deal, according to public records.

The section, which contains a 147,000-square-foot commercial condominium at 1689 Post Road in Warwick, was sold by WJG Realty Co. LLC to Crossroads Capital Fund VI LLC for $7 million, according to a copy of the deed transfer filed with the city. Crossroads Capital Fund is managed by Jeffrey Saletin, president of Saletin Real Estate Group, and Cris Crecelius, a principal at the Cranston-based commercial real estate development firm and property manager.

Saletin told Providence Business News that his company has not yet decided how it will use the property, but said it’s in a prime location within a half mile from Rhode Island T.F. Green International Airport, with access to Route 1, Route 37, Interstate 95 and Interstate 295.

“We’re very excited about a parcel of that size located within a half a mile of the airport,” Saletin said. “Our business is primarily the business of acquiring extremely well-located real estate that many times are tired and need to be repositioned in the market place. That is why we acquired the property.”

Saletin said the commercial condominium that his company bought is separate from the portion of the Ann & Hope store that was most recently open in 2020, before the company closed that location and its 10 others throughout Rhode Island, Massachusetts and Connecticut, as a result of the COVID-19 pandemic and other market pressures such as competition from online shopping.

Prior to going out of business, Ann & Hope stores were cherished by Rhode Island shoppers and the chain was visited by Walmart founder Sam Walton in 1961, providing him the idea for his business, which is now considered the world’s largest company by revenue and the biggest private employer.

The portion of the Warwick building that was last used for an Ann & Hope store is still owned by the Chase family, Saletin said.

The space that’s now owned by Saletin’s company was once part of the Warwick store, he said, until the business downsized and kept this section “virtually vacant” for 20 years.

“[The property we bought] is connected by a common wall to another approximately 110,000 square feet that Ann & Hope operated as one of their retail department stores until about a year and half ago,” Saletin said. “The entire property is now vacant. We look forward to repositioning it. We’re busy at work. I’m sure the Ann & Hope folks that own the other half are busy at work, too. … We have not concluded as to what our plans are for the property.” 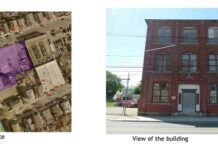 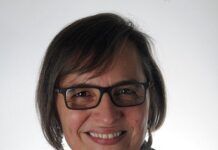 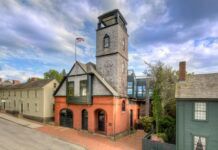