Block Island’s business owners are in a celebratory mood after a summer tourism season that saw visitors eager to open their wallets and spend, and the profitable times are lasting into the shoulder season, too.

Jessica Willi, executive director of the Block Island Tourism Council, estimated that about 90% of the businesses she has been in contact with have reported they experienced one of the best summers on record in terms of sales.

“People who visited spent more money than in the past,” she said. “It was a high-spending visitor.”

In fact, Willi said she had recently received a $79,323 check from the R.I. Division of Taxation – the council’s share of the 5% hotel tax the state collected in June from hotel room rentals on the island and rentals originated from online hosting platforms.

Willi said it is unclear why the check for June 2021 was nearly double the previous record, although it could be attributable to late or prepayments on rooms, she said. Pent-up demand for travel might have played a role as well, as people had money to spend and a desire to stick to vacation plans, she said.

“Overall, it was a strong, strong summer – June, July and August were all strong. And it’s not over,” she said.

His businesses required a $34,000 Paycheck Protection Program loan to stay afloat in 2020. Not this year.

The stores, B.I. Tees and Solstice, were so busy over the summer that he and his wife, Sarah, worked long hours, seven days a week. A shortage of summer help added to their workload. Chores at the Cullen home were left to be dealt with in the fall.

“It’s been insanely busy, and it’s still going,” he said recently. “We’re on track to have the best summer ever in terms of sales.”

Aside from working long hours, there were other challenges. Cullen said he struggled to keep the gift shop shelves stocked because vendors were unable to meet delivery times because of shortages of their own. Items ordered in May didn’t make it to Block Island until September.

The late-arriving stock has come in handy, however, because more customers have been coming into the shops in September than expected.

“I don’t see it getting slower,” Cullen said. “Last September we had one of the busiest Septembers that we’ve ever had. There are a lot of people out here. They’re happy we survived and happy to buy our products.”

Willi said the summer more than met expectations, but she isn’t sure whether it was an aberration or if the island businesses should plan for something similar next year.

“It’s hard to say, and very hard to predict,” she said. “Travel sentiment is down now. So, we’ll see.”

Willi will be presenting her summer season findings to the New Shoreham Town Council and the public soon. Also, R.I. Commerce Corp.’s new chief marketing officer, Anika Kimble-Huntley, is expected to make a visit to the island on Sept. 30. 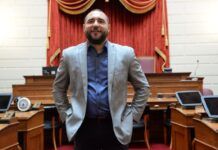 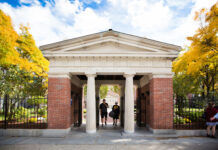