PAWTUCKET – The old-fashioned, prefabricated steel tube of a restaurant known as Miss Lorraine Diner is now listed on the National Register of Historic Places.

The restaurant was named to the register as one of the only known semi-streamliner properties that remains in operation, in a nod to the influential design of American fast-food restaurants that became popular in the 1940s.

The R.I. Historical Preservation & Heritage Commission announced recently that the 560 Mineral Spring Ave. property, tucked next to the Lorraine Mills that’s occupied by the Pawtucket Arts Collaborative, was granted the federal recognition due to its significance to the history of architecture, commerce and industry.

“Recently restored, the Miss Lorraine Diner is a rare surviving example of a ‘semi-streamliner’ diner, an important building type that influenced the design of American fast-food restaurants,” the commission said in a statement.

Miss Lorraine Diner, which is typically open each day from 6 a.m. to 2 p.m., is now owned by Jonathan Savage, who purchased the diner trailer in 2011, bringing it to Pawtucket from Connecticut. After a lengthy renovation project, the restaurant opened in Pawtucket in 2020, managed by restaurateur Mike Arena.

The semi-streamliner structure was used from 1941 through 1997 in Connecticut, first in downtown Hartford under the name Donwell’s Diner. The prefabricated semi-streamliner diner was manufactured in 1941 by the Worcester Lunch Car and Carriage Manufacturing Co., which sold the structure that was first known as Diner No. 774.

“The interior features a long pink Tennessee marble countertop with 19 stainless steel stools alongside … seven seating booths,” the commission said. “The smooth-edged design and modernistic materials are characteristic of streamliner and semi-streamliner diner models touted by their manufacturer to provide ‘a smart-looking business place that draws customers in and brings ’em back because it’s as comfortable and modern as a streamlined parlor car.’ ”

“Rhode Islanders love their diners, and the Miss Lorraine Diner is a great example worthy of loving,” said Jeffrey Emidy, interim executive director of the R.I. Historic Preservation and Heritage Commission. “The National Register listing is a fitting recognition of the award-winning rehabilitation that brought this diner back from the brink and has made it a destination in Pawtucket.” 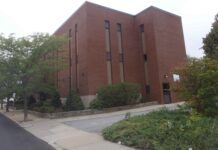 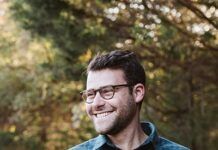 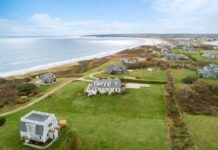