BURRILLVILLE – Nancie Lawrence, a teacher at the Steere Farm Elementary School in Burrillville, was awarded a $25,000 unrestricted grant as a Milken Educator Award recipient during an assembly at the school on Tuesday.

Lawrence, a reading specialist at Steere Farm Elementary School, was awarded for her work creating a rigorous, but nurturing environment for her students to learn. Her students’ overall English Language Arts proficiency rate on the 2019 state exams was 53%, compared to 33% for the state and 30% for the Burrillville district.

Lawrence, one of two recipients in Rhode Island, will join a national network of more than 2,800 Milken Educators and education leaders across the country. Jennifer Paolantonio, a special education teacher at Ponaganset High School in North Scituate, received the award in 2019.

“Working with elementary-aged students takes a unique combination of warmth, patience, creativity and passion. Nancie Lawrence brings all of this and more to her students every day,” said Dr. Foley, who is a 1994 Milken Educator from Indiana. “Her commitment to involve parents, students and teachers in the learning process creates strong bonds in the classroom – and results in excellence for her students.”

“Incredible Rhode Island educators like Steele Farm Elementary School’s Nancie Lawrence make a positive difference in lives every day,” said McKee. “I join Nancie’s loved ones, students, and colleagues in congratulating her on this prestigious recognition as a Milken Educator Award recipient and thanking her for going above and beyond for her school community in so many ways.”

Green said throughout the pandemic Lawrence’s commitment to excellence in educating did not waver.

“We are so proud to have Nancie leading the way and serving as an excellent model and motivator to all educators and school staff in Rhode Island,” she said. “I look forward to watching Nancie continue to lead and help our students make academic, social and emotional strides in the years ahead.”

For 35 years, the Milken Educator Awards, an initiative of the Milken Family Foundation, have rewarded and inspired excellence in the world of education by honoring top educators around the country with $25,000 unrestricted awards.

To date, more than 2,800 in one-time awards have been given out, totaling $70 million. The award provides Milken Educators with access to networking and development tools throughout their careers in education.

The Milken Educator Awards are described by the Milken Foundations as the “Oscars of Teaching” and are not designated for lifetime achievement. Recipients are heralded in their early to mid-career for what they have achieved, with the promise of what they will accomplish given the resources and opportunities inherent in the award. 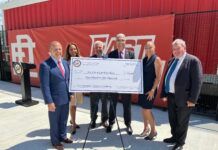 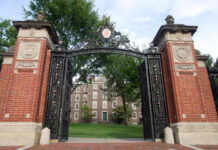 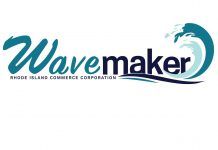