PROVIDENCE – The R.I. Supreme Court ruled in favor of the Fane Tower project Thursday, bringing the controversial project a step closer to reality.

The proposed $300 million, 46-floor luxury tower, located at 250 Dyer St. on former Interstate 195 land and overseen by New York real estate developer Jason Fane, was stalled by a legal challenge objecting to the change it would impart on the city’s skyline.

Fane and the city’s I-195 Redevelopment Commission had requested an amendment to the property’s zoning to allow a 600-feet maximum building height, exceeding the parcel’s current zoning regulations that cap building height at 100 feet.

The proposal was approved by the city and Superior Court, but Peter Scotti & Associates, Inc. and Building Bridges Providence challenged the court’s decision process and filed a lawsuit against the zoning change, calling it inconsistent with goals outlined in the city’s “Providence Tomorrow” comprehensive plan.

The Supreme Court struck down this challenge, issuing a decision that reinforced the Superior Court’s finding.

“While this case is by no means simple and there appear to be sections of the Comprehensive Plan which could lead to different interpretations, we have recognized ‘that a municipality has discretional choosing options for conforming its ordinances or land use decisions to its comprehensive plan,” Justice William Robinson wrote in the Supreme Court’s decision.

Scotti and Fane could not immediately be reached for comment.

The planned building, previously called the Hope Point Tower, would stand at around 530 feet tall — about 100 feet taller than the city’s current tallest building, the 428-feet Industrial Trust Co., or Superman Building — with a wavy, white architectural design modeled after the Providence River.

On its website, the Building Bridges Providence organization says that it is not opposed to Fane redeveloping the parcel, but that the building should adhere to the original 100-feet maximum height allowance.

If plans are finalized, the organization intends to break ground on the project next year, and to complete construction two years later.

Senate President Dominick J. Ruggerio and Speaker of the House K. Joseph Shekarchi welcomed the decision and the development in a joint statement.

“In our view, the project is wholly consistent with all regulations, and we are not surprised that the previous Superior Court ruling in favor of Fane has been upheld,” Ruggerio and Shekarchi said. “We are excited that this major private investment in our capital city can now move forward, creating jobs and needed housing, and bringing renewed vibrancy to this downtown area.

“We appreciate the persistence of Jason Fane and hope that other developers looking to invest hundreds of millions of dollars in our state receive a more welcoming reception,” they added. 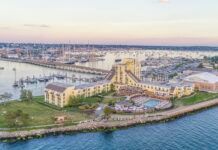 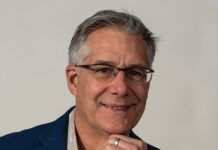 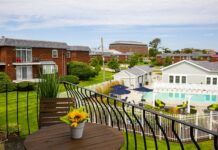