PROVIDENCE – HopeHealth, which operates Rhode Island’s only free-standing hospice center, increased its capacity by 25% with the recent completion of a $3 million expansion at its Providence headquarters.

Six beds were added at the HopeHealth Hulitar Hospice Center at 1085 North Main St. in Providence as the result of a yearlong construction project, which also provided a facelift for the facility involving new rooms for grief counselors, upgraded family gathering areas, improved dining facilities and larger areas for staff. The facility now has a total of 30 inpatient beds.

HopeHealth said the project helps the nonprofit organization meet “the region’s growing demand for specialized end-of-life care.” The three-story property is 50,000 square feet, with 15 patient beds each on the second and third floors, and offices on the first floor.

“This much-needed expansion meets an important community need for additional capacity,” said HopeHealth CEO and President Diana Franchitto. “We were also able to refurbish existing patient rooms after a decade of high utilization.”

The Hulitar Hospice Center strives to provide a home-like environment for hospice patients who require acute inpatient care, “as their symptoms progress and cannot be safely and comfortably managed at home.”

In addition to other upgrades to the rooms, including new flooring, paint and carpeting, the facility’s second-floor interfaith chapel was renovated as part of the project.

“The focus of the Hulitar Hospice Center is not just the patient but the family,” said Dr. Edward Martin, chief medical officer at HopeHealth. “It’s a calm and peaceful environment. Sometimes families are concerned about moving their loved one, but universally once they get here, they’re so glad they did.”

In early September, HopeHealth absorbed a fellow nonprofit from Massachusetts called Community VNA in a nonprofit affiliation deal that combines their forces to serve more than 2,000 patients per day with home health, palliative and end-of-life care. About 720 people in total work for the newly combined nonprofits. 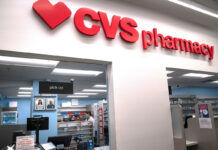 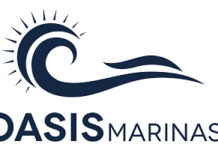 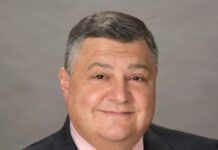