PROVIDENCE – As COVID-19 case counts continue to rise, and the state of Rhode Island appears perched to institute a bonus program for union state workers that get vaccinated, some think it might not be such a good idea.

“We should not be giving out taxpayer dollars to fund a bonus to select people who got vaccines,” said House Minority Leader Blake A. Filippi, R-New Shoreham. “Over 90% of our [adult] residents are vaccinated. Why then are taxpayers giving out bonuses to state workers for a medical treatment?”

Filippi said that people should be paid for their work, not for getting a medical treatment. “What if you have a well-performing state worker who, for whatever reason, can’t get vaccinated?” he said.

On Thursday Gov. Daniel J. McKee’s administration and the AFSCME Council 94, the union that state workers belong to, reached a tentative agreement on a new contract that includes a provision calling for two $1,500 bonuses to be paid to state workers who have been vaccinated against COVID-19.

McKee’s office declined to comment on the contract due to the sensitive nature of the negotiations.

J. Michael Downey, president of AFSCME Council 94, said on Thursday that the union will vote on the tentative four-year agreement on Dec. 2.

The union’s 3,800 members have not been mandated to get vaccinated against COVID-19, while other workers in the state, including in the health care sector, have been required to do so.

In August, Mass. Gov. Charlie Baker signed an executive order mandating that 42,000 state workers get vaccinated against COVID-19 by Oct. 17, unless they are granted a medical or religious exemption.

The mandate raises the question of whether tax dollars should be spent to pay bonuses to workers who get vaccinated.

“It’s not fair,” Chenevert said. “We’re struggling to find workers, and we’re having supply chain issues. So, I don’t understand it. I don’t think that it’s right. I don’t support this whatsoever.”

Chenevert said the state’s manufacturers encourage their workers to be vaccinated, and if not, face masks are required in the workplace, as is social distancing.

“What you are going to do for one, you need to do for another,” said Chenevert, who noted that it sets a bad precedent for the state’s workforce. “That’s one thing I did when I ran my company. I can’t favor one individual without giving everyone else who worked for me the same opportunity. I don’t think it’s a fair and equitable position to take.”

Chenevert said the state’s action puts pressure on businesses to incentivize their workers in the same manner. What the governor does at the state level trickles down to the manufacturing and other sectors, he said.

“The governor’s going to say, ‘That’s the private sector, they can do what they want,’ ” Chenevert said. “Well, what he does at the state level has a trickle-down effect to us.”

Karl Wadensten, CEO and president of Richmond-based VIBCO Inc., manufacturer of pneumatic, hydraulic and electric vibrators, said that he was dumfounded by the bonuses-for-a-vaccine program. Wadensten said that he doesn’t know why the governor went from having no requirement to bonuses for being vaccinated.

“It went from the brakes to the high-speed lane – boom,” he said, noting that the governor’s goal of having 100% of the public vaccinated is unrealistic. “We’re pretty high up there – in the [90th] percentile.”

Wadensten said he attended a meeting of the state’s manufacturers on Friday morning and all of them were displeased about the bonus program.

“The RIMA members are all perplexed about it,” he said. “This is for people’s personal preference and health. What are we going to, bribe people to do things like this? I just don’t know anymore. I’m confused.”

Wadensten said that this opens the door to incentivizing people to abandon their principles to make a choice about their health. “Is that a Rhode Island thing that we are going to be principle-based until we get cash?” he said.

“Is CVS going to give everyone $20 to get a flu shot for free from now on?” he added, noting that it creates a slippery slope. “I think this is going to bite everybody in the butt.”

Filippi said the program could set a bad framework for state policy, as other workforce groups could be targeted with bonuses as an incentive.

“Governor McKee and state government should not be inside people’s bodies, and should not be paying them for medical treatments,” he said. “People should be paid for the good work that they do and not for private medical decisions.” 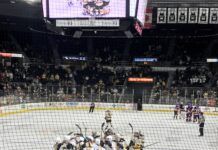 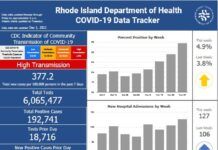 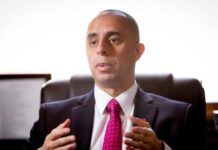