The program will provide case management, legal support and financial aid for up to 600 residents whose driver’s license was suspended as a result of a missed traffic court hearing, unpaid fines from municipal or state court and other monetary-related suspensions.

The program is funded for two years at a total contract amount not to exceed $724,000, with $700,000 coming from ARPA and $24,000 coming from an outside grant, said Andrew Grande, spokesperson for Mayor Elorza.

“Being able to drive is critical to so many people in our city, whether it’s getting a job, taking kids to child care, or just accessing food and other essential items,” Elorza said in a news release. “We can, and should, help our residents get back on their feet, especially when the city has played a role in imposing fines and fees inequitably.”

Through the program, care coordinators at OpenDoors and Amos House will work directly with the R.I. Division of Motor Vehicles to help participants navigate the process of reinstating their license, while providing guidance and resources such as financial aid for fines or license reinstatement fees. In some circumstances, legal assistance from licensed attorneys and law students will be provided through the R.I. Center for Justice and the Roger Williams University Pro Bono Collaborative.

Applicants must be Providence residents and have incomes at or below 65% of the area median income. Applicants must also be eligible for identification documents, such as an ID, Social Security card or birth certificate, and provide proof of residency. In addition, applications will be evaluated for factors such as financial need and ability to pay related expenses such as car insurance. Applicants cannot qualify for this program if their license was suspended for a moving violation that resulted in a felony conviction.

“Driver’s license restoration is critical in removing barriers. License restoration fees are one of the hidden costs of being poor in our city – I have seen many men and women shut out of life-changing economic opportunities because of large accrued license restoration fines and fees,” City Councilor Rachel Miller said. “Thank you to Mayor Elorza, City Council, OpenDoors, and Amos House for putting federal funding to work to make lasting change in the lives of our residents – an impact that will be felt in our neighborhoods for years to come.” 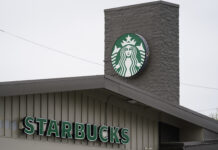 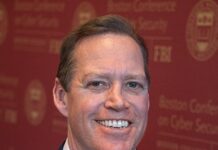