When Massachusetts voted to legalize recreational marijuana in 2016, many felt that Rhode Island would shortly follow suit.

But that hasn’t happened yet. And the path Massachusetts has taken in implementing marijuana sales has not been entirely smooth.

Spearheading the effort is Steven J. Hoffman, chairman of the Cannabis Control Commission in Massachusetts, an independent five-person body whose members are appointed by the Massachusetts governor, treasurer and attorney general.

Hoffman was keynote speaker at PBN’s The Business of Cannabis Summit on Feb. 26 at the Omni Providence Hotel. Acknowledging that every state is different, Hoffman said there are still some lessons Rhode Island leaders can learn from the Bay State’s experience.

The voters there approved a 2016 referendum to legalize marijuana, 53% to 47%. But it wasn’t until the end of 2018 that the first retail store opened in Massachusetts. Hoffman said there are now 37 retail marijuana stores in the state.

“This is, and will be in the future, a controversial topic,” Hoffman said. “You could argue that 47% of the state thinks it’s the worst thing that ever happened.”

Hoffman said there are formidable obstacles for anyone considering a cannabis enterprise, partly because the federal government still considers marijuana an illegal drug, which has negative implications for banking and taxes.

At the end of 2018, oversight of the Massachusetts medical marijuana program was also transferred to the commission. Hoffman said he is troubled by the “lack of engagement” on the part of the medical community.

He said he knows medical practices that forbid doctors to even discuss marijuana with patients, for fear of being associated with a drug that’s illegal on the federal level.

Hoffman said Massachusetts officials frequently consulted with other states that had legalized cannabis – Colorado, Oregon and Washington – after Massachusetts voters approved the marijuana referendum. Now he feels obligated to pass along some advice to Rhode Island.

One is to get started with education and data collection before anything else. The other is to anticipate conflicts between marijuana legalization and existing laws that deal with the drug, such as employment regulations and landlord/tenant relationships.

And Hoffman suggested setting expectations honestly and quickly. In Massachusetts, for example, many assumed marijuana retail stores would simultaneously open all over the state shortly after the referendum passed. It took two years.

Marijuana establishments must obtain letters of nonopposition and execute a “host community agreement” with municipalities. The agreements can spell out impact fees that the marijuana vendors must pay to mitigate expenses for things such as traffic control.

The key reasons states are interested in legalization is the tax revenue they hope to realize from the sale of cannabis. But Hoffman said setting a tax rate is a tricky business – if legal marijuana costs far more than the illegal cannabis, it will only encourage a black market.

In Massachusetts, the total tax at retail is 20%, including an optional 3% local tax. In its first year of legal marijuana, from November 2018 to November 2019, sales of adult recreational marijuana in Massachusetts had revenue of just under $400 million, and raised $79 million in taxes. 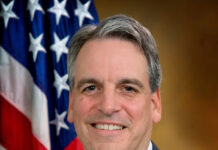 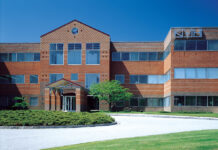