PROVIDENCE – A Cranston-based company was granted a state tax credit to help finance a major expansion of its manufacturing facility, through a program overseen by the R.I. Commerce Corp., which unanimously approved the request in a public board of directors meeting on Monday evening after hearing that the company was considering plans to relocate to South Carolina.

Miniature Casting Corp., which makes zinc die cast components that are used in medical, microwave, automatic and electronic technologies, applied and was approved for $410,000 in tax credits through the Rebuild Rhode Island tax credit program, according to a spokesperson for the quasi-public agency.

The company sought the tax credits to help finance a $3.1 million expansion, with a renovation plan that would increase its current space at 21 Slater Road from 8,500 square feet to 22,000 square feet. Per the rules of the Rebuild Rhode Island program, the tax credits become available to the company once the project is completed.

Miniature Casting said the project will allow it to expand its operations and hire more workers.

Jeff Miller, executive vice president of investments for R.I. Commerce, said the tax credits will enable the Cranston company to stay in Rhode Island rather than relocating to a more affordable alternative in South Carolina.

“They’re homegrown people. They want to support Rhode Island,” said Miller, speaking during the meeting. “But they’re at a pivot point. … They had an option to expand in South Carolina, where real estate and operating costs are much less expensive.”

Gov. Daniel J. McKee, who is the chairperson for the R.I. Commerce board of directors, questioned Miller.

“Will they really move?” McKee asked.

The company, established in 1963 as the result of a merger between a Rhode Island jewelry manufacturer and a Canadian die cast company, moved into its current facility in 1989 in the Howard Industrial Park.

Within the first full year after the expansion project, the company says it will create 12 new permanent jobs in Rhode Island and projects $607,000 in additional annual earnings for the company, according to a report from James E. Thorsen, director of the R.I. Department of Administration. The expansion project is expected to create 17 construction jobs, according to the report.

R.I. Commerce estimated that during the construction period and the 12 years that follow, the expansion project would lead to about $362,800 in additional state tax revenue, the report states.

In addition to the request for tax credits, the R.I. Commerce board also approved state Innovation Vouchers worth $50,000 each requested by Nautilus Defense LLC, a Pawtucket company developing advanced textile-integrated electronic systems for the U.S. Department of Defense, and Composite Energy Technologies Inc., a Bristol-based company that works on underwater vessel technology with the U.S. Office of Naval Research. Both companies will use the funds to do joint research with experts from the University of Rhode Island, with Nautilus working on “strain sensing yarn” and Composite Energy Technologies working on an unmanned underwater vehicle.

The board also approved a tax stabilization incentive agreement reached by the town of Johnston and Amazon.com Services LLC, which would lock the company into an average of $7.2 million in annual taxes owed to the town for the company’s planned $290 million, 3.8-million-square-foot distribution facility.

The Johnston Town Council approved the deal earlier this month in a meeting attended by McKee that generated major news headlines.

At Monday’s meeting, Commerce Secretary Stefan Pryor said the distribution facility will be the largest facility operating in Rhode Island, employing 1,500 people for construction, and another 1,500 on a permanent basis.

Update: Adds more information throughout about the R.I. Commerce Corp. board of directors’ votes to approve tax credits for Miniature Casting Corp., Innovation Vouchers for Nautilus Defense LLC and Composite Energy Technologies Inc., and a tax stabilization agreement between the town of Johnston and Amazon.com Services LLC. 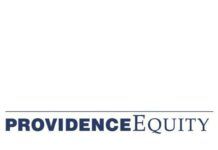