PROVIDENCE – After nearly four months of a visitation ban, Gov. Gina M. Raimondo announced on Wednesday that the state will begin to allow visitors to nursing homes, but with restrictions.

R.I. Department of Health Director Dr. Nicole Alexander-Scott said a small group of facilities are taking their time before allowing visitations, either due to new COVID-19 cases or because they need more time to implement plans safety.

Alexander-Scott said visitations are required to be scheduled in advance by calling the facility, will be restricted to 30-minute increments and RIDOH is encouraging them to take place outdoors. The director said visitors must maintain a six-foot distance between themselves and residents and staff, regardless of the location of the visit, while also wearing a face mask.

In addition, facilities must actively screen visitors for symptoms and will keep a daily log that will include names and contact information in case of an outbreak.

“If a facility has a new case, the R.I. Department of Health will be on it immediately and work closely with the facility and visitations could be halted again,” said Alexander-Scott.

The director also announced that they are lifting the ban on barbers and hairdressers going into these long-term care facilities.

“There’s a clear understanding that the emotional well-being of the residents, both in appearance, in how they’re feeling and engaging with others, is a key part to this overall recovery,” said Alexander-Scott.

RIDOH allowed communal dining and activities to begin in these facilities about two weeks ago to test the waters.

Other states started to allow nursing home and hospital visits long ago, but Raimondo had been hesitant to do so as more than 720 COVID-19 deaths in Rhode Island have taken place in long-term care facilities.

Alexander-Scott said in March, RIDOH had helped develop a three-tier scheme for hospital visitations. Since then, hospitals have been operating at the strictest level, which mostly prohibited visitations. As of Wednesday, hospitals in Rhode Island will be allowed to move to Level 2, where visitation is allowed during limited hours and will vary by hospital.

Consistent requirements, across all hospitals, include designated entrances, visitors will also be screened for symptoms, be required to wear face masks at all times and will not be allowed to congregate in waiting rooms or gift shops. Visitors will have to go straight to the patient’s room and will be required to stay there until care is being delivered. 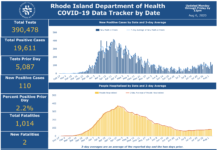 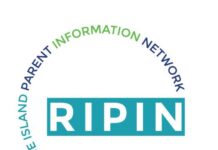 RIPIN survey: Parents with disabled children not confident they made progress while distance learning 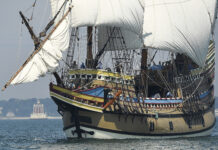 RIPIN survey: Parents with disabled children not confident they made progress...