PROVIDENCE – Black and Hispanic Americans were denied credit card applications roughly twice as often as their white peers, regardless of income, in 2019, according to a new report from the Federal Reserve Board.

The Report on the Economic Well-being of U.S. Households in 2019 details results of the board’s annual Survey of Household Economics and Decisionmaking across a range of economic benchmarks, including banking. According to the latest survey, black and Hispanic Americans faced much higher rejection rates for credit card applications and disproportionately lacked access to traditional banking services.

As a whole, 24% of those who applied for credit in 2019 were denied. Among black and Hispanic applicants, regardless of income, the denial rates were 44% and 32%, respectively, compared with a 19% rejection rate among white applicants. Applicants whose family income was less than $40,000 a year also faced a higher rejection rate: 43%.

Race and ethnicity also played a role in access to banking services. According to the survey, 79% of adults were fully banked, meaning they had accounts through traditional banks and credit unions. Another 6% were unbanked – lacking any access to a checking, savings or money market account – while 16% were underbanked, meaning they relied on alternative financial services such as payday loans and money orders in addition to traditional banking outlets.

The unbanked and underbanked groups were disproportionately composed of racial and ethnic minorities, as well as low-income and uneducated people. For example, 14% of families without any bank accounts made less than $40,000 per year, compared with 1% with incomes higher than $40,000. Fourteen percent of those without banks were black and another 10% were Hispanic, compared with 3% of white Americans. Those with a high school degree or less of education made up 12% of the unbanked, compared with 1% of those with at least a bachelor’s degree.

The annual survey and report have been conducted since 2013.

Nancy Lavin is a staff writer for PBN. Contact her at Lavin@pbn.com. 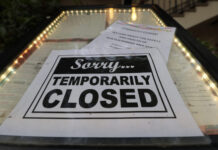 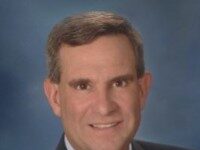